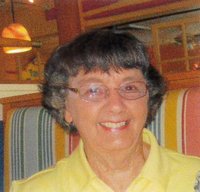 Mrs. Frontel was born in Manchester, CT on June 27, 1927. She was the daughter of John Garrity of Manchester, CT and Mary Elliott Garrity who was born in Belfast, North Ireland. She graduated from Weaver High in Hartford in 1945. She worked in Day Care for 20 years in Glastonbury, CT where is lived for many years.

Besides her husband, Donald, she leaves 5 children, Thomas Sino of NC., Richard Stino of FL., Kenneth Stino of Glastonburg, CT., all who served in Vietnam, Judy Stino Lavigne of CT, and Maryanne Stino Williams of CT., 10 grandchildren, 16 great grandchildren and a Best Friend Marion Miele Hanrehan of W. Hartford ,CT.

In lieu of flowers the family asks that you donate to the charity of your choice.