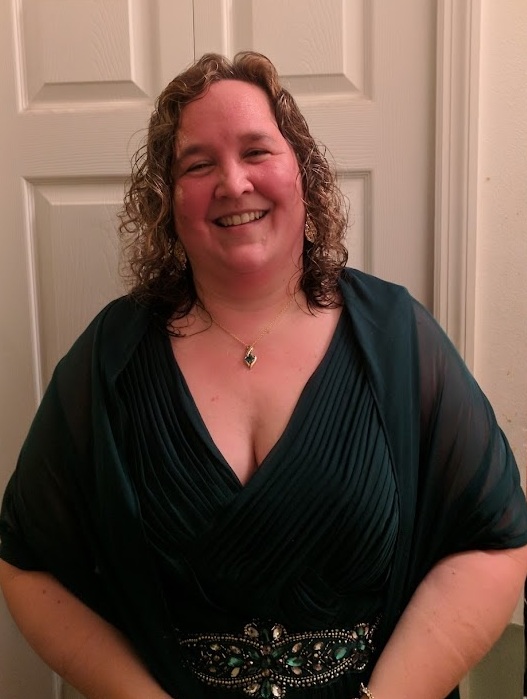 Elizabeth was born Elizabeth Anne Flumach to Robert and Gene Flumach in Balboa, Panama (Canal Zone), the oldest of five children including her brother Robert, sisters Pam and Catherine, and brother Stephen.  Known as Liz to most who knew her at a young age, she was a bright child who developed interests in books, writing and music; she loved to sing and play the piano and guitar.  Under the guidance of her father, she found strong faith and community in the Catholic Church.  She made friends very easily regardless of nationality or background and grew up naturally learning Spanish fluently as well as English.

Elizabeth graduated Balboa High School in 1986, where she met her eventual husband John Beers.  She attended Panama Canal College until joining John in Miami, Florida, where she worked her way through college at the University of Miami and Florida International University and changed her major to Education.  In 1991 Elizabeth and John married, while she continued to work and pursue her degree.  After attaining her bachelor’s degree, she entered the teaching field, primarily teaching reading, and throughout her career had students ranging from elementary school to college.

In 1994 the couple relocated from Miami and purchased their first home in Davie, and Elizabeth taught reading at Pines Middle School and later became Reading Coordinator at Barry University.  In 1996 Elizabeth and John welcomed their first son Matthew.  Elizabeth continued her education, receiving her master’s degree in Education from Nova Southeastern University.  In 1998 the couple was heartbroken when Elizabeth suffered a miscarriage, but in 1999 they welcomed their second son Benjamin, and in 2000 their youngest David.  Elizabeth also became more involved in service to the Church, volunteering to bring Holy Communion to the elderly and homebound.

Finding their two-bedroom townhouse becoming cramped for their growing family, when John received a job opportunity in Rockledge, Florida in 2004, the couple moved to Brevard County where housing was more affordable.  Elizabeth continued her teaching career at Cambridge Elementary School, but eventually became disenchanted with the public education system, and became a part-time adjunct reading instructor at Brevard Community College, later Eastern Florida State College.  She remained active in the Church, joining the Lay Carmelites, participating in reading at Mass, in small Christian communities and taught religious education and Vacation Bible School at Our Lady of Lourdes.  As the children grew, she and her husband also volunteered in their activities as adult leaders in Cub Scouts and Boy Scouts and enjoyed learning outdoor skills along with them.

After Matthew completed elementary school, Elizabeth convinced John that it would be best to home-school the children, despite the strain on finances.  For several years she continued a broad and varied education with them, participating in many enriching activities and field trips.  When Matthew was self-sufficient enough to complete his secondary education via Florida Virtual School, Elizabeth returned to her part-time adjunct reading instructor position at Eastern Florida State College.  Throughout, she continued writing, completing and self-publishing two books of poetry, Where God Is and At His Feet.  She also expanded her community service, visiting nursing homes to bring Holy Communion and companionship.  She began taking some time off in order to accompany John on some business as well as personal travel, a luxury the couple had not been able to afford through most of their marriage.

In 2019 Elizabeth left her position to help care for her father, who had been stricken with cancer, until he passed away in June of that year, a heartbreaking loss for the whole family.  The 2020 pandemic brought challenges to everyone globally continuing to this day.  As conditions permitted, Elizabeth resumed in Church activities, and began private tutoring in reading and writing, starting with one student, and adding a few more as people recommended her.  At the end of 2021, Elizabeth fell ill to the Coronavirus.  Elizabeth is and will be greatly missed by family, the many friends she made throughout her life, and the community she served.  Along her journey, no matter what, she would befriend anyone she met under any circumstance, spreading joy.  The way she always wanted to be remembered was simple: She loved.

Donations can be made to Daily Bread