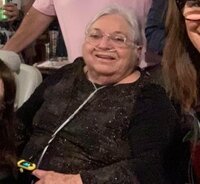 Ruth Mietke O’Brien 83, of Melbourne, passed away February 1, 2022 with her loving family by her side.

Ruth was born to Franz and Freida (Pollex) Mietke on February 26, 1938, in Berlin Germany. Ruth grew up, attending school in Germany.

She met her beloved husband, Cletus O’Brien Jr in 1958 while he was serving his country. The two married, coming back to the United States and spending over 40 years together before he passed away.

She loved to travel, going on cruises, sewing and most especially reading.

She was predeceased by her husband, Cletus in 1999.

In additional to flowers, the family request donations be made to Notre Dame School in support of O'Brien Memorial Scholarship Fund.