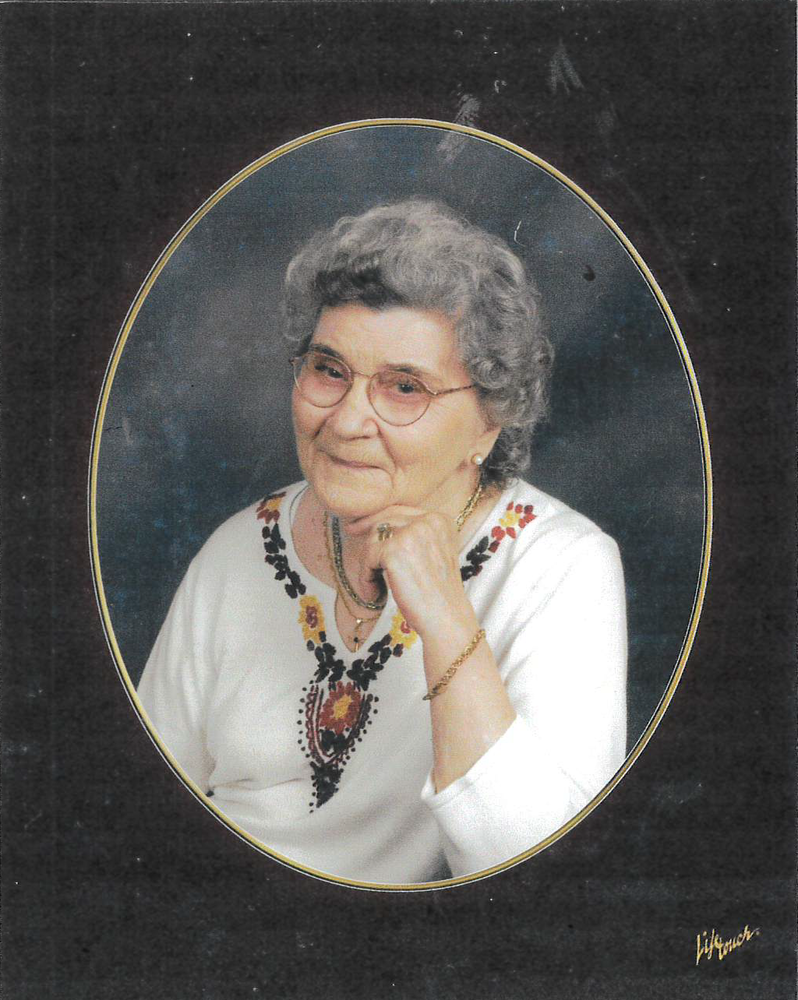 Obituary of Tillie A Olson

To know Otillia (Tillie) was to be blessed with the essence of love, kindness, and compassion. Everyone she met was touched by her humility, faith, generosity, and inner strength. She was creative, funny, and intelligent and determined to over-come any obstacles she encountered and there were many - more obstacles than most of us experience in our lifetime.

Born in 1923 on a farm in Broweville, Minnesota. She was the 5th of seven girls, (Agnes, Adeline, Josephine, Irene were born first. When she was two her mother dies shortly after giving birth to twin girls, Marcella and Mary Ann. Two different families quickly adopted them. Tillie was the youngest and her oldest sister Agnes was nine, becoming the "Mother" to the four younger girls.

Losing their mother had a profound effect on all of their lives as the sisters were separated and sent to other homes when it became evident that their father was unable to care for them. Dressed in their best clothes their father sent them to live with other families in town. Tillie and her sister, Irene, were the youngest at ages five and seven and were taken by a woman named Grusinda, who made them work hard and did not treat them very well. After three years, Tillie ran away to her grandparents’ house, but she was unable to stay. Finally, after Tillie continued to plea, her Grandfather said she could stay and was the only person who showed her kindness and love while she lived there. Unfortunately, Irene continued to stay with Grusinda.

Sadly, all of the girls lived in the same small town, but no one ever tried to reunite them. Tillie was eight when she learned she had two twin sisters in town. As the girls got older, they finally got together through Tillie’s efforts and family gatherings finally began.

Eventually Tillie moved to Minneapolis, met, and married Gordy, who was by her side for 52 years. They had two sons, Gary and Jeff. The family moved to Florida in 1960 and lived in Ft Lauderdale and Vero Beach.

Sadness continued to darken her life, as she lost her husband and two sons. However, her three grandsons, Kenneth, David and Larry; her great-grandchildren; Jessie, Gavin, Lilly and Bennett; as well as all of her nieces and nephews gave her much joy and love. She never forgot a birthday or special occasion and had many shopping expeditions with her daughter-in- law trying to find the perfect gift for each of them.

Tillie came to live with her son, John, and daughter-in-law, four years ago after she had a serious fall and failing eyesight. She was determined to be as independent as possible and maintained her sense of humor and sweet disposition throughout her time with them.

Her great faith in God gave her much comfort and her many friends, family members, ministers of the sick, and hospice caregivers made her feel loved and cared for during her final years. Her daughter-in-law, Deanna, came from Boston to help with Tillie’s care, which meant so much. Her grandchildren, David, Larry and his wife Maggie, also assisted with her care. Tillie left this earth with her family surrounding her. We will carry our love for her in our hearts forever.

Our family would like to thank, Kathy Cohen Cheryl Kelley, Barbara Lizardi and Father Peter for their continued support and prayers for Tillie and for us as we went through this difficult time. We also appreciate all of the people who sent Tillie letters and cards in response to the letters sent to them by Tillie with Kathy Cohen’s assistance.

With Gratitude and Love, the Olson Family

We request that donations be made to Immaculate Conception Church or to Health First Hospice in Melbourne, Fl.

To send flowers to the family or plant a tree in memory of Tillie Olson, please visit Tribute Store

Share Your Memory of
Tillie
Upload Your Memory View All Memories
Be the first to upload a memory!
Share A Memory
Send Flowers