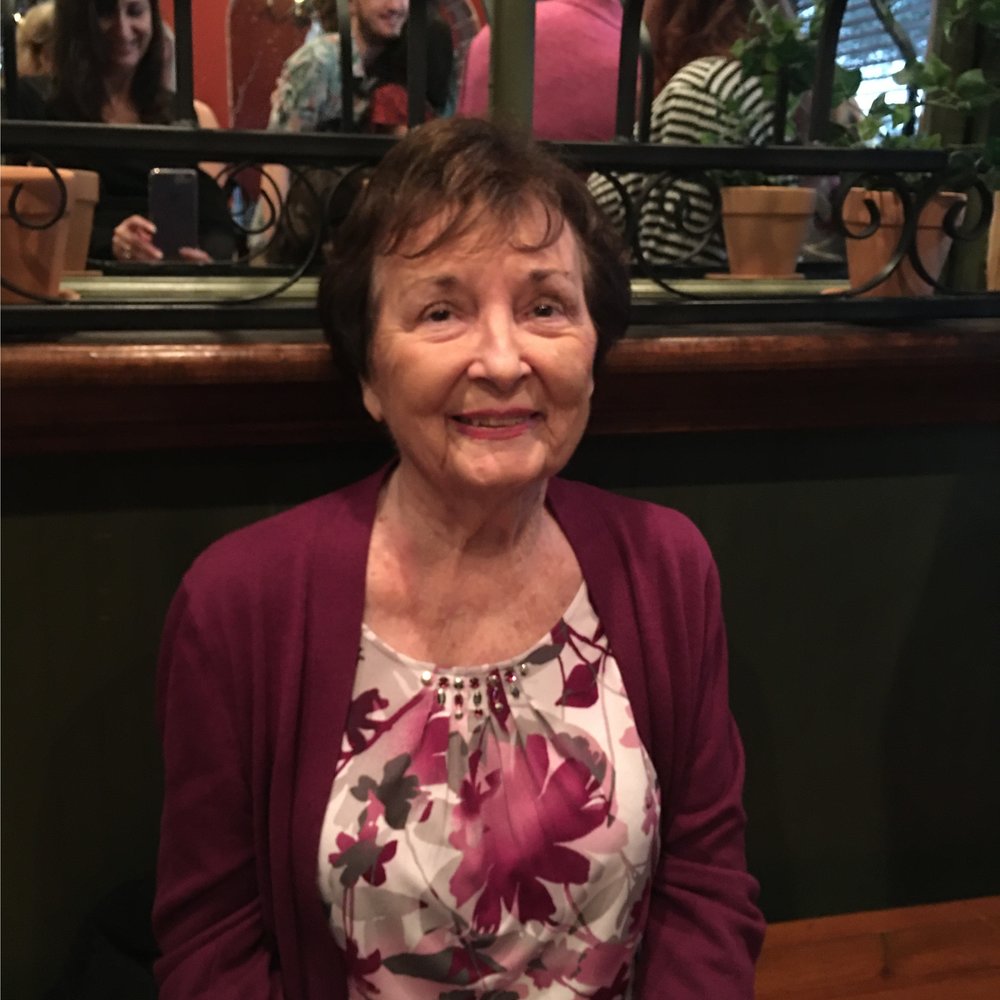 She was born in Los Angeles, California, on February 25, 1937, to Chester J. “Chet” and Ruth Jane (Montague) Palomar.  Monte Lou had two older sisters, Donna Burton and Sue Frank, and a younger brother, Michael Palomar.  Monte Lou grew up in Pomona, California, graduated from Pomona High School Class of 1954 and attended Mount San Antonio College, where she received her AA degree in Business Administration.  She remained living in Pomona and then Claremont  until 1979.

Monte Lou married Gary Richard Jones on March 15, 1957.  They were married for 51 wonderful years until Gary’s passing. Together they had four daughters, Cindy Zavaleta (Jose), Cherlyn Margy (Phil), Christiann Travis (Robert) and Colleen Tomlinson (Jack), all of whom live in Melbourne, Florida.

In 1979, Monte Lou and Gary relocated from Claremont, California, to Melbourne, Florida, for Gary’s work in the aerospace industry.  Monte Lou was a homemaker and worked in the early 1990’s for Arthur Rutenberg Homes in Indialantic.

Monte Lou was a member of Faith Fellowship Church in Melbourne and then Suntree Methodist Church, where she cherished the worship and friendships there.  She enjoyed spending time with her children, grandchildren and great-grandchildren and actively supported and attended their sporting and extracurricular activities.

She was predeceased by her parents, husband Gary, sister Sue and brother Michael.  She is survived by her four daughters, her sister Donna, eight grandchildren, eight great-grandchildren and many nieces and nephews.

Monte Lou is rejoicing in heaven and will be greatly missed by her loving family, friends and all those who ever had the pleasure of knowing her.

To send flowers to the family or plant a tree in memory of Monte Jones, please visit Tribute Store

Share Your Memory of
Monte
Upload Your Memory View All Memories
Be the first to upload a memory!
Share A Memory
Send Flowers