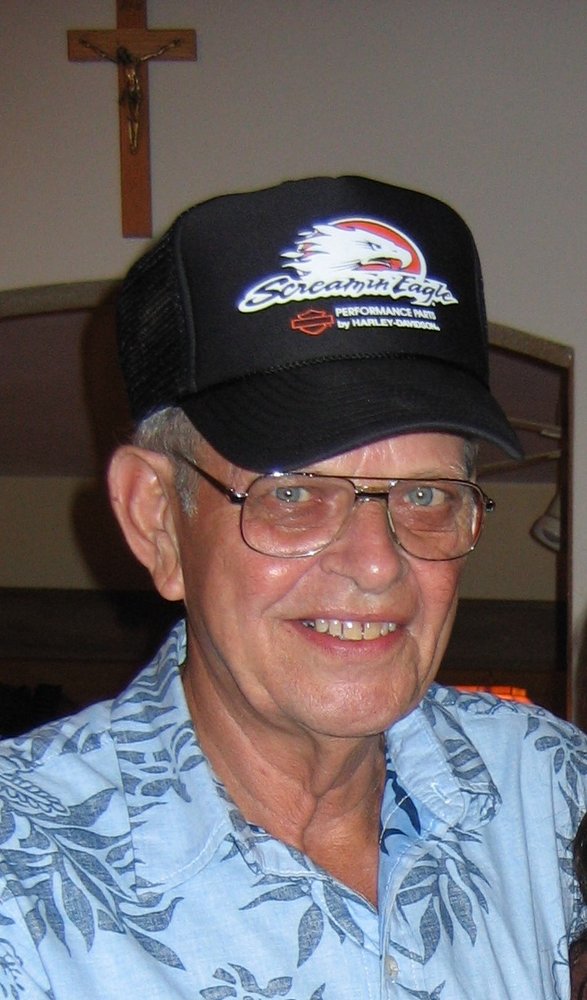 On Friday, August 28th, Linwood Hurd passed away at the age of 85. He was a loving husband, father of two daughters, grandfather of six children and great grandfather of eighteen.

Lin was born in Middleton, MA and raised in Sutton, New Hampshire. After high school graduation he joined the Airforce and married his high school sweetheart, Ellie. He studied and became certified as an electrician climbing the ranks to Supervisor and Master Sergeant.

He served his country in the Vietnam War and returned safely to his family.

Lin and Ellie had two daughters, Janie and Cindy. They traveled all over the United States and Japan. They had wonderful adventures in foreign lands. Lin loved to share all these adventures with his family and friends. His main hobby was family. Sharing his love, knowledge and life lessons with them. He gave them his time and company. He devoted his time to his children and grandchildren’s activities; archery, firearms, HAM radio, BMX Biking, FTR Racing, camping, swimming, mountain climbing, shrimping, fishing, skiing, traveling, photography, singing and dancing. He loved being surrounded by his grandkids in the pool.

His gift for storytelling was the highlight of family gatherings. His stories and love will live on through his children, grandchildren and great grandchildren.

He is survived by;

His sister Marilyn(Jon), brother Fred(Sue) and many nieces, nephews and extended family.

He will be missed but his memory and stories will live on. May his soul be in peace. May he rest in the bosom of his Savior, whom he loved dearly, Our Lord Jesus Christ.

Requiem Mass will be celebrated on Thursday, September 3rd 11:00 AM.

To send flowers to the family or plant a tree in memory of Linwood Hurd, Jr, please visit Tribute Store
Thursday
3
September

Share Your Memory of
Linwood
Upload Your Memory View All Memories
Be the first to upload a memory!
Share A Memory
Send Flowers