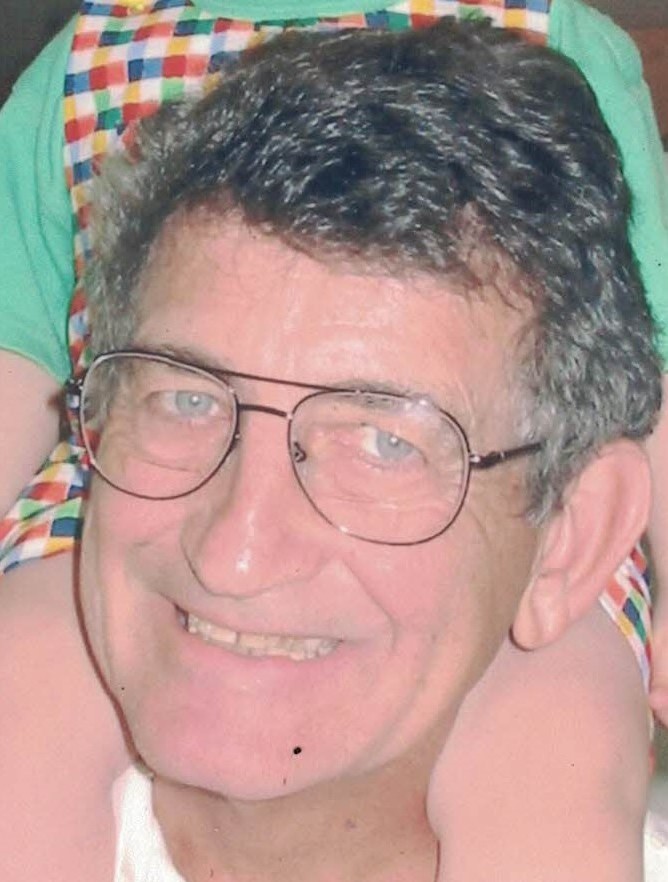 The second of three children born to Marguerite and John Dearmin, Bob arrived on January 28, 1941 in Indianapolis, Indiana.  In his earliest years, his mother created a loving home amidst economically austere circumstances while his father fought in the Pacific in World War II.  Looking back on that time, Bob reflected that the challenges faced made him the man of courage and integrity who he became. As he put it, “We never knew we were poor.” Treasured for his warmth and gregarious nature, Bob grew into a lively, dog-loving, active boy, involved in sports and good-natured shenanigans throughout his youth.

Bob's highly industrious temperament found its element when he first engaged in paid employment at the age of 11. Years later, his children relished the tales and revered the skills he acquired as a young soda jerk at the local ice creamery. To the end of his days, he built a fine banana split.

In his late teens, his parents followed the sun, moving the family to Florida, where Bob graduated from Winter Haven High School in 1959, entering the US Air Force shortly thereafter.

While home on leave, he met his sweetheart. Mary Jane had come from her home in Baltimore to visit Florida. As life would have it, her aunt, an unmarried schoolteacher, lived up the street from Bob's family; Bob's father, Jack, regularly helped her cut her grass. After just such an outing, Jack returned home one day and announced, “There's a cute girl up there at Miss Day's.” Not one to dawdle where a pretty girl was concerned, young Bob promptly went up the street and knocked. Mary Jane offered to answer the door, only to have her jaw drop at her first sight of the handsome, black-haired, blue-eyed airman. Things took an unexpected detour when he asked her to accompany his buddy on a double date, but by the second date, it was Bob and Mary Jane. The two married on June 8, 1963, and enjoyed nearly six decades of love, growth, and seemingly endless laughter.

Upon his discharge from the Air Force in 1965, Bob went to work for Firestone Tire and Rubber. In 1968, he partnered with Mr. Jimmy Caudle to establish C&D Auto Centers, where Bob worked tirelessly and with great success until leaving the business in the capable hands of his son, Steve, upon his retirement at the age of 70 in January, 2011. His exceedingly high integrity and generosity of spirit left a mark on the local business community which has yet to be erased.

Bob loved and served his community in innumerable ways.  He was an active member of the local Chamber of Commerce, the Florida Independent Tire Dealers Association, and over the decades, several churches in Indian Harbour Beach, Eau Gallie, and later Suntree.  Youth groups he led , men's groups he joined, and his children's friends embraced “Mr. D” for his humor, his enormously warm welcome, and his heartfelt generosity.

Bob never abandoned his sense of adventure. To celebrate his 50th  birthday, he persuaded his bride to join him aboard his Honda Goldwing for a trip to Canada and back. Always stylish, Mary Jane agreed on the condition that he made room for her curling iron in the tiny hold. They survived a hot Georgia sun with a bag of ice melting between them, and for years, laughed about his motorcycling across the country with the best-looking passenger around.

In retirement, they fulfilled their dream of a small second home in the Smoky Mountains of eastern Tennessee. There, they spent numerous long summers, hosted children and grandkids, made treasured new friends, and indulged in life's simple pleasures.

While remembering her dad, Bob's daughter, Stacia, recently opened his well-worn, thoroughly marked Bible, only to find that he had penned in one margin:

As those who knew him well will attest, Bob was rich in earthy wisdom and his moral compass was Love. He left this world much-beloved after a lifetime of love, and will surely eagerly welcome all of us who now miss him on the other side.

To send flowers to the family or plant a tree in memory of Robert Dearmin, please visit Tribute Store

Share Your Memory of
Robert
Upload Your Memory View All Memories
Be the first to upload a memory!
Share A Memory
Send Flowers