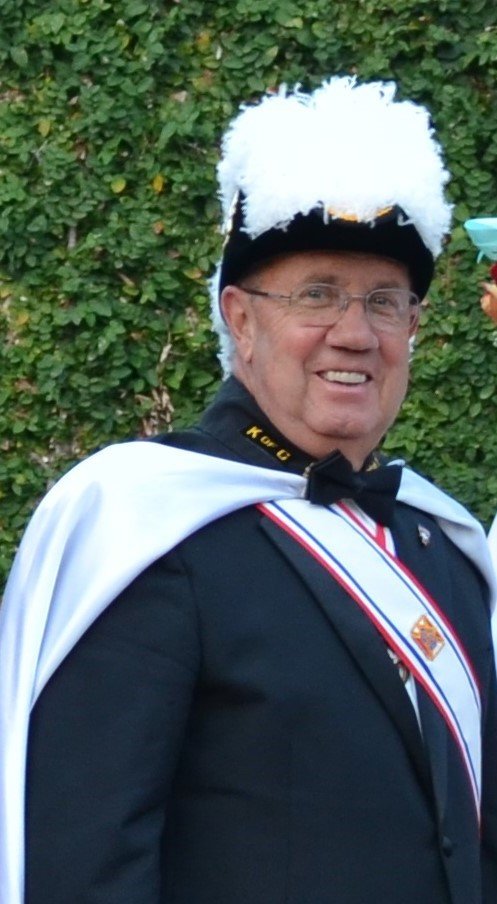 Dale Richard Saunders, 79, passed away Jan. 5, 2021, at Holmes Regional Medical Center in Melbourne, Fla., following a brief but intense battle with Covid-19. He was born Sept. 25, 1941, in Washington, D.C., and spent his youth in nearby Arlington, Va. He graduated from Memphis University, formerly Memphis State University, in 1966.

Dale met the love of his life, Rita Suzanne “Sue” Dillon, when they were just teenagers in Arlington. They dated, and even after her family relocated to Massachusetts, the two maintained a long-distance relationship. They married in 1963 and settled in Memphis, Tenn., to start their life together.

Dale and Sue chose to relocate their family through their respective teen and college years in the Richmond, Va., area. It was during those years in the D.C. suburbs and in Richmond that Dale spent 30 years with General Motors Acceptance Corp., and then 10 years with Volvo Finance, eventually purchased by Ford Motor Co. This career change led to a transfer to Dallas from 1998 to 2004, at which point he and Sue retired to Indialantic, Fla., where they have resided, full time, in the home that once belonged to his mother, Grace, until she passed in 1983. Together, Dale and Sue lovingly cared for that home and enjoyed being part of the Indialantic community for nearly 40 years.

Dale was never meant to be defined by his career. He was called to community engagement, whether it was as a member of the Lambda Chi Alpha fraternity while at the University of Memphis, through his active participation and leadership in the Jaycees International Foundation as a young father and career man, or when he was instrumental in the development of hundreds of Little Leaguers as a softball coach. If Dale committed himself to a cause, one should brace themselves to have their expectations exceeded, for Dale was never one to casually sign his name to an organization and remain an idle or quiet participant. Never was this truer than with his passion and devotion to the Catholic Church and the Knights of Columbus.

Dale, who converted to Catholicism as an adult, became increasingly active in his and Sue’s parish community in Dallas, where he served as an usher and first joined the Knights of Columbus. Dale brought this enthusiasm with him to Florida when he joined the Holy Name of Jesus Catholic Community, where he was proud to serve as a past Faithful Navigator and a Grand Knight. Dale also had an unyielding passion for growing membership within the council. He prided himself in helping retain membership through engagement and ensuring that members found a home within the council, preferably through a committee where they could use their own skills and passion to help the council continue to evolve. Dale found his own passion through the annual Christmas Tree lot, leading that effort for many years and remaining a constant presence even after “supposedly” handing off responsibilities.

Dale was an avid boater, having owned some form of watercraft for the better part of 50 years and, with Sue, taught countless water skiers and instilled a love for the water in all their children. Dale was a devoted sports fan, especially to his beloved Washington, D.C. teams. A fair weather fan, he was not. Even during the “Dallas years”, Dale donned his Washington Redskins memorabilia with pride.

Above all, Dale’s main focus in life was his unwavering love and devotion to his family. His eyes, quite literally, twinkled every time he looked at his loving wife. No matter the trials and tribulations his children presented, and there were many, there was never any doubt that Dale was always on their side. As each of his children found spouses and grew their own families, Dale’s capacity to love unconditionally only grew to include more loved ones. His hugs: legendary. His hand-written birthday messages: heartfelt, personal, always apropos. His annual contributions to countless birthday song duos courtesy of he and Sue: well intended.

A funeral mass will be held 11:00 a.m. Wednesday, Jan. 13, 2021 at Holy Name of Jesus, Indialantic, Fla. Interment will follow later this year in Falls Church, Va. In lieu of flowers, contributions may be made to the St. Vincent De Paul Society via the Holy Name of Jesus Catholic Community or to The Daily Bread in Melbourne, Fla.

To send flowers to the family or plant a tree in memory of Dale Saunders, please visit Tribute Store
Wednesday
13
January

Share Your Memory of
Dale
Upload Your Memory View All Memories
Be the first to upload a memory!
Share A Memory
Send Flowers