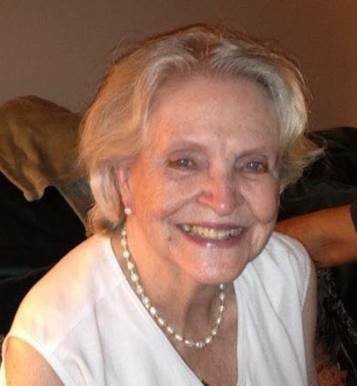 Joan “Jo” West, 90, passed away on February 7, 2021  She was born in Cross City, FL, the youngest of 4 children.  She enjoyed playing golf, fishing, playing cards, singing, dancing, drawing and painting and she had a love of animals.  In her 30’s, Jo was a dance instructor for Arthur Murray Studios.  Later in life, she played and taught Mahjong at the Schecter Center in Satellite Beach FL.  Jo was the mother of 4 children:  Phyllis “Cat” Gorton, John Scott West (deceased), Jeffrey Stephen West (deceased) and Christy West.  She was married to Ray West when they relocated to Cocoa Beach in 1975.  After Ray died in 1976, Jo purchased the Beef ‘N Reef in Cocoa Beach and owned it for several years.  Jo is survived by two daughters:  Cat Gorton and Christy West, Satellite Beach FL; one grandson: Chris Liptan, Austin TX, and one great-grandchild: Addison Liptan, Austin TX.  She was laid to rest next to her beloved husband and two sons in Bushnell FL.  No services are scheduled at this time.  Donations can be made in her name to the Brevard Humane Society  www.brevardhumanesociety.org.

To send flowers to the family or plant a tree in memory of Joan West, please visit Tribute Store

Share Your Memory of
Joan
Upload Your Memory View All Memories
Be the first to upload a memory!
Share A Memory
Send Flowers