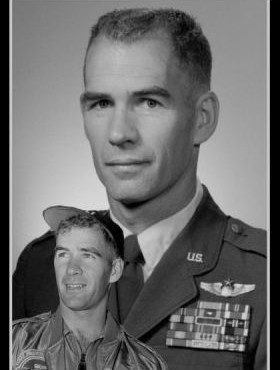 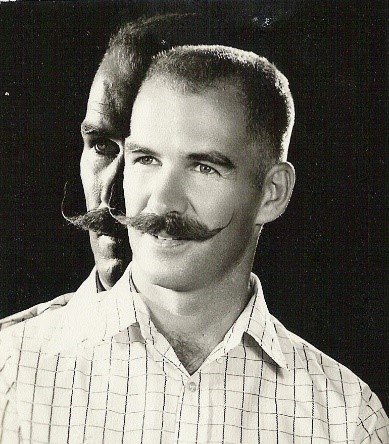 Col. (Ret.) Frederic Martin “Marty” Donohue went to be with the Lord on July 9th at age 89. Marty was born on October 4, 1931 in Petaluma, California and was the youngest of four children to Emmett and Doris (Rockwell) Donohue. In March 1957, Marty married Patricia Plorde in Herzogenaurach, Germany, and they had four children: Bridget Silva-Sampaio, Tim (Denise) Donohue, Michael (Lei) Donohue and Cathleen (Chris) Loomis, 15 grandchildren and 13 great-grandchildren.

He graduated from Grossmont High School in California in 1949.

After graduating from San Diego State College, Marty was commissioned in the Air Force and began active duty on August 28, 1954.

During his time at school Marty was an avid runner and was selected to be on the USAF track and field team. He trained extensively in Europe and the United States and went to the qualifiers in Los Angeles for the 1956 Olympic Games. Sadly, he just missed qualifying for the games in Melbourne, Australia.

Marty was trained as an Intercept Controller and then served in West Germany from February 1955 to March 1958 when he entered pilot training. During his time in Germany, he met his future wife Pat at the Munich Hofbräuhaus while she was traveling abroad for the summer with her best friend.

He graduated from pilot training and was awarded his pilot wings at Vance AFB, Oklahoma in April 1959. Marty then completed helicopter pilot training in October 1959 and served as a flight instructor with the 3638th Flying Training Squadron at Stead AFB, Nevada until April 1963.

In 1963, Marty was selected to fly with the Royal Australian Air Force (RAAF) as an exchange pilot in Canberra, Australia, for two years. While with the RAAF, he inserted special operations forces throughout New Guinea and Malaysia in campaigns to suppress insurgents. After returning to the states, he was in the initial cadre responsible for development of HH-53 Jolly Green Giant helicopter tactics.

“That Others May Live” is the motto of the USAF Aerospace Rescue and Recovery Service, and Marty more than lived up to that motto! During his career, Marty flew 132 combat missions and conducted over 100 peacetime rescues. He also commanded the rescue support unit for Apollo missions 7 through 16 and was the first pilot to complete a hover pickup of an Apollo capsule.

On August 15, 1970, Marty made the first trans-Pacific helicopter flight from Eglin AFB to Da Nang AB, South Vietnam. The flight shortened the delivery time of the helicopters to Vietnam by about 75% and demonstrated the long-range capability of helicopters refueled in the air.

After his tour of duty in Vietnam, Marty returned to states training for the Apollo missions and a top-secret assignment. He then returned back to Vietnam and participated in the Son Tay Raid on November 21, 1970. Marty flew his HH-53, Apple Three, to the Son Tay POW Camp just 20 miles west of Hanoi. He was awarded one of five Air Force Crosses in the attempted rescue of American prisoners at Son Tay, North Vietnam.

While stationed in Montgomery, Alabama, Marty attended Air War College and also earned his Master’s degree in Guidance and Counseling. Marty then was assigned to command the 54th Rescue Squadron at Pease AFB, New Hampshire. Promotion to colonel in 1972 led to several staff assignments. He served as the Chief of Unconventional Warfare on the staff of the Joint Chiefs at the Pentagon until 1977 and then became the Chief of Contingency Plans for Southeast Asia at Pacific Command Headquarters in Camp Smith, Oahu Hawaii. Next, Marty served as Deputy Chief of Staff, Plans for Thirteenth Air Force at Clark AB. While in the Philippines, he conceived and organized the use of USAF tactical hospitals to treat rural Filipinos during deployment exercises. He subsequently received the Philippine Legion of Honor for his work. Colonel Donohue completed his distinguished Air Force career after an assignment to USCENTCOM MacDill AFB Florida and retired from the Air Force on August 31, 1984.

After retiring from the Air Force, Marty began a second career with FLIR in Portland, Oregon. He worked for FLIR until he fully retired in 2012.

He remained quite active in his retirement years and attended reunions for the Son Tay Raiders, Jolly Green Association, USAF Helicopter Pilots Association and Legion of Valor. He could be found running, pulling weeds in the yard, puttering in the garage, playing racquetball and traveling around the world.

Col (Ret.) Marty Donohue will be buried in Arlington National Cemetery, date to be determined.

This Funeral Mass will be live streamed Click Here to view.

To send flowers to the family or plant a tree in memory of Martin Donohue, please visit Tribute Store
Monday
19
July

11:00 am - 12:00 am
Wherever YOU are
On your computer
Your location, Florida, United States
Remotely view this ceremony by "Click Here" at bottom of obituary.
Need Directions?
View Map | Text Directions | Email Directions
Monday
19
July