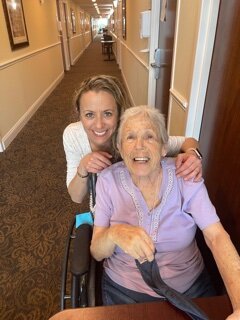 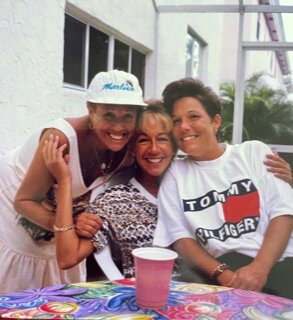 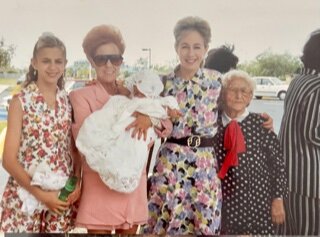 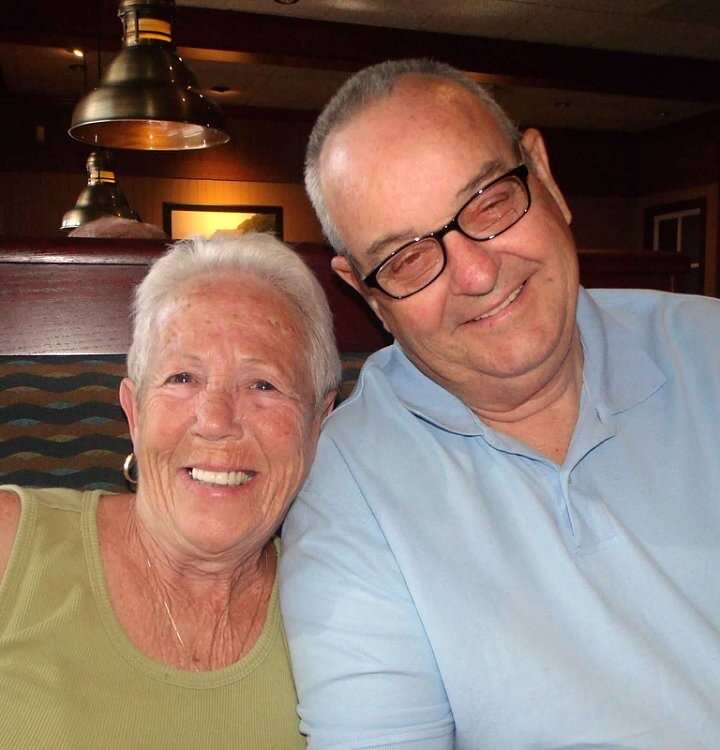 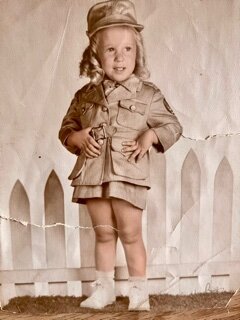 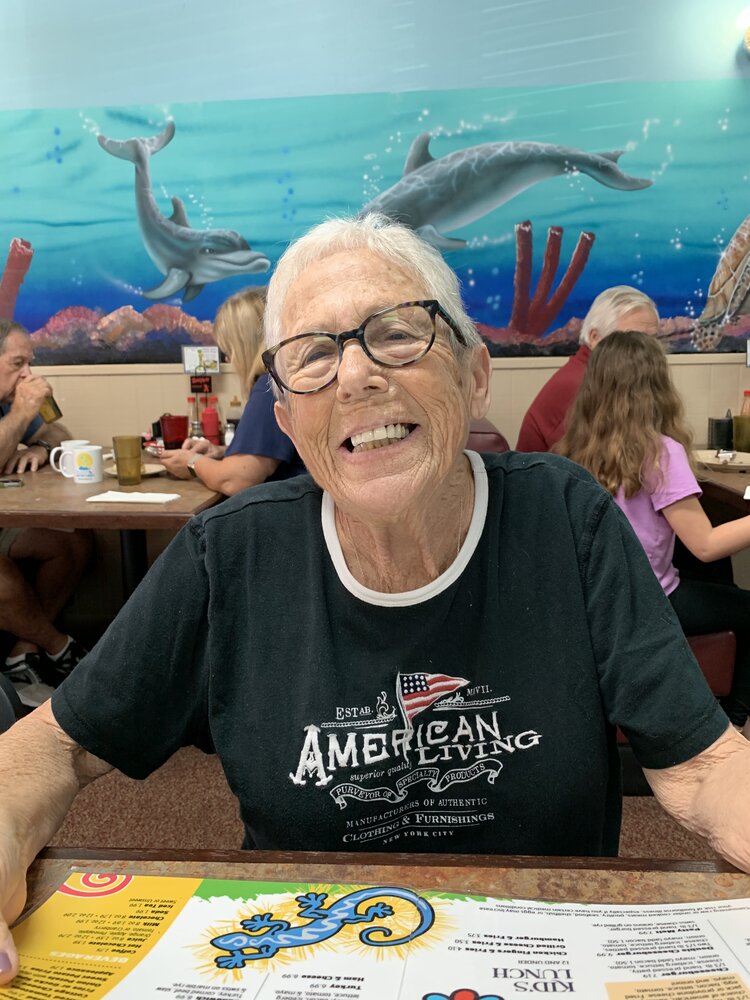 My beloved mother, Sheila Cole, passed away peacefully on Sunday, September 5, 2021. Mom was born on June 21, 1941 in the Bronx, New York to the late Harry and Rowy Jackter.  Mom had two sisters, Loretta and Muriel, both of whom predeceased her. She is survived by her children, Lorrie Candiotti (Solomon), Ronald Wolfenhaut (Andrea), and Jackie Probasco, as well as 9 grandchildren, and 13 great grandchildren. Mom adored her late husband, Cecil, who passed away in 2014. Cecil was truly the love of her life.

Mom was always a rebel – she was impish and a free spirit.  I recently talked to one of her childhood friends from the Bronx.  He was telling me a story about watching my mom sneak out of the house using a ladder. I had never heard this story, but I was not surprised.  One time in her early 20’s, mom and my cousin Cheryl went out on the town and brought a squirrel monkey named Jose home. They had purchased the monkey at a pet store, but told my grandmother that they had won  it  in a bowling alley raffle. My grandmother was not thrilled about having a monkey in the house, especially when she would be playing cards with her friends and the monkey was swinging around on the light fixture! When we were a little older than toddlers, mom bought a spider monkey. We were all petrified of him because he was so mean.

Her favorite things included animals of all types (especially dogs), old movies, and her family. She always dressed casually, but smartly – she loved buying clothes and shoes. Mom was not a big fan of make-up, but she was very picky about her hair, which she kept very short. She reminded me a bit of Jamie Lee Curtis.  She was a fiery read head for many years.  Her hair was a beautiful silver color for the last 15 or so years.

Mom was a generous, free spirit who was always up for anything. In her late 50’s, Mom and my daughter, Melissa, both got tattoos while visiting my sister in New Jersey. Mom’s tattoo was of a beautiful 4” blue dolphin on her left calf. She was always the “cool” mom. Mom may not have been perfect, but I could talk to her about anything and felt comfortable doing so.

When my daughter, Melissa was about four years old, mom thought it would be a good idea to get her ears pierced. I agreed.  My husband, Soly, wasn’t too crazy about the idea, but mom and I took her to Piercing Pagoda in the mall.  After the first piercing, Melissa became hysterical and refused to get the second ear pierced. The noise from the piercing gun had scared her.  I told mom that Soly would kill me if I brought Melissa home with one ear pierced. We walked around the mall for over an hour trying to bribe Melissa into getting  the second ear pierced. Ice cream finally did the trick.

Melissa and I always believed mom’s stories. When I was about ten years old, we relocated from North Carolina to New Jersey and mom drove us all up there in her aqua Mustang convertible. I loved the radio, but after some time, mom turned it off and told me the car would overheat if we left the radio on too long. It wasn’t until I was an adult that I learned this was not true!  She also told Melissa she could make a traffic light turn green by blowing. Mom would wait until the light turned yellow at the intersection, then told Melissa to blow and presto – the light would turn green!

Mom was a wonderful grandmother to Melissa. She was the first one at the hospital when Melissa was born. While mom and my husband were waiting near the maternity ward window, a hysterical baby was brought in and mom picked Melissa out immediately – mom saw her dimples.

Mom waited tables for most of her life, but she insisted on buying only Stride-Rite shoes (and the best clothes) for Melissa. When Melissa was three years old, she paid $75 for a pair of white bejeweled sandals from Spain  for her. I begged her not to buy them knowing that Melissa would outgrow them in a matter of months. Of course, Mom didn’t listen and bought them anyway. Melissa used to call my mom from high school and pretend to be sick.  Mom would leave work and pick her up, no questions asked.

Mom could be quirky in her beliefs and actions, but that’s one of the things that made her so special. Mom believed that dragonflies were spirits coming back for a visit. She  believed that if you happened to look at the clock and it was 4:44, an angel was in the room. She was superstitious and would have a fit if you put a box of shoes on a table. She always wore or had a Hamsa and an evil eye in the house.  She also kept an evil eye in the car.

Mom was very picky about her two dogs, Hanna and Lucie. They had to be walked every two hours and fed at exactly at 4:00 p.m. – not one minute before or after. Whenever we took mom somewhere, we all knew she had to be back home before 4:00 to feed the dogs, or within two hours to walk them. One of her dogs loved lip balm, and mom would treat her lips every day. Mom loved my dogs, too. I would drop off my Sasha at her house in the morning and pick her up after work. Mom dog-sat Sasha until the time she had her first bad fall.

I spent much of my free time with my mom and our beloved Cecil. We travelled together and helped each other. When I was living in North Carolina, mom and Cecil would make surprise visits and I did the same. If my mom sensed that I wasn’t feeling well, she and Cecil would get in the car and come up to see me. When I moved back to South Florida from North Carolina, mom and Cecil drove up in two cars and we drove to Florida in three cars.

After Cecil passed, I worked during the week, but spent every single Saturday with mom. Sometimes I would sleep at mom’s house for the weekend. I would take her out for breakfast, then we would go shopping, then back to mom’s house where we would watch television and visit neighbors. She enjoyed Lifetime movies, Law and Order, TCM, and the Hallmark channel. Regardless of where mom lived, her house always felt like home to me. With the exception of my beloved grandmother’s house, I cannot think of any other place where I felt such comfort and peace.

Things were not always perfect between me and mom. She was very stubborn, a trait that I believe runs in the family, especially in the females. Although we had our moments, we always found a way to make up and put whatever foolish things we argued about behind us.

Mom loved Facebook – she was on it every day until her health started to decline in May. I used to call her the “Facebook Troll.” She posted lots of things about angels (she loved angels) and God. Mom wasn’t a religious person, but she believed in God and was very spiritual.

Mom was famous for using familiar phrases incorrectly. She loved to say “He who laughs first, laughs last.” I would explain that the saying was incorrect and explained why.  She would simply laugh and continued to say it incorrectly. Another one of her famous sayings occurred whenever someone broke or ruined something. For example, her cat once broke a lamp in my house and she said “You can replace a lamp, but you can’t replace a life.”  I understood her, because she used to say this all the time, but when she did this in front of other people, they would give her a strange look and ask what a life has to do with a broken object.

Mom and I (her oldest daughter) were more than mother and daughter – we were friends. From the time I was very young, I always felt close to her. The thing I loved most about mom is that she lived her life that way she chose to and did not care about those who judged her or disagreed with her life choices.

We were a small family to begin with, but with mom’s passing we lost the last of a generation. I will miss her beautiful blue eyes, her contagious smile and sincere laugh. I know mom will be missed by her family and the friends who really knew her and cared about her.

To send flowers to the family or plant a tree in memory of Sheila Cole, please visit Tribute Store