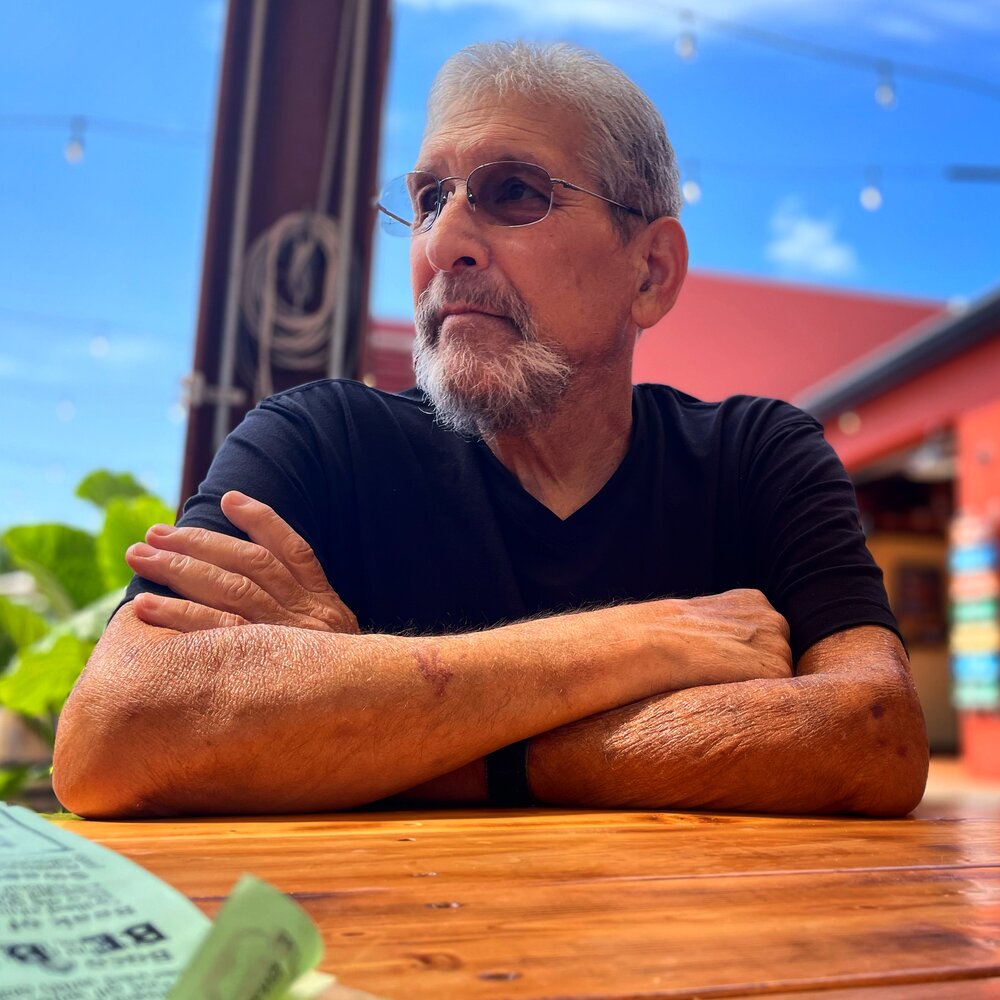 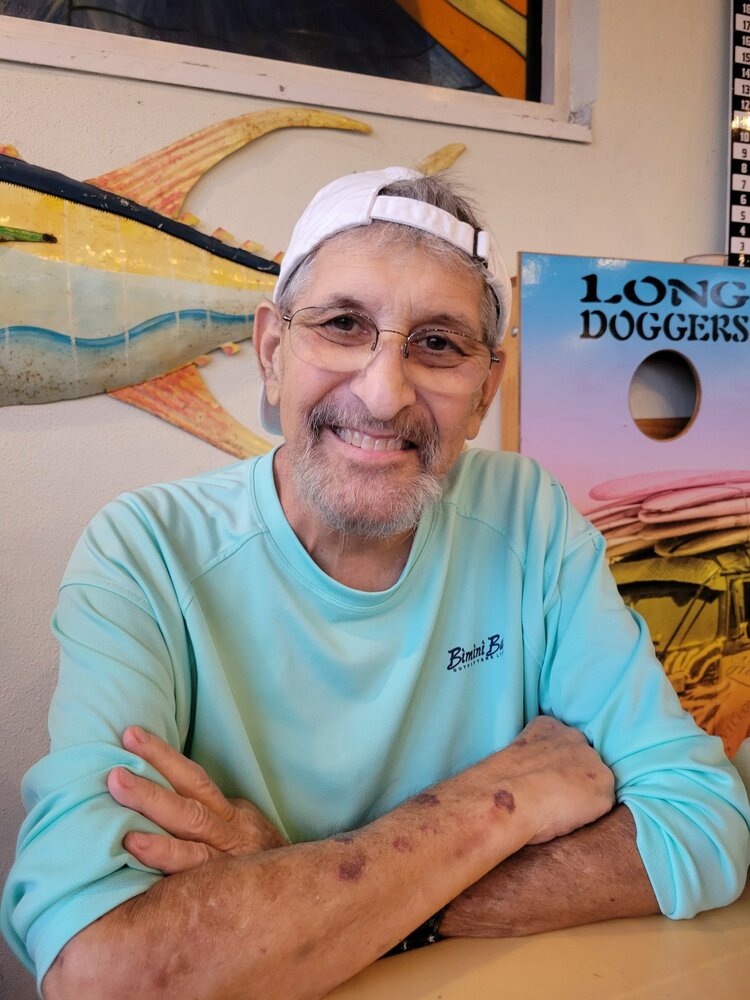 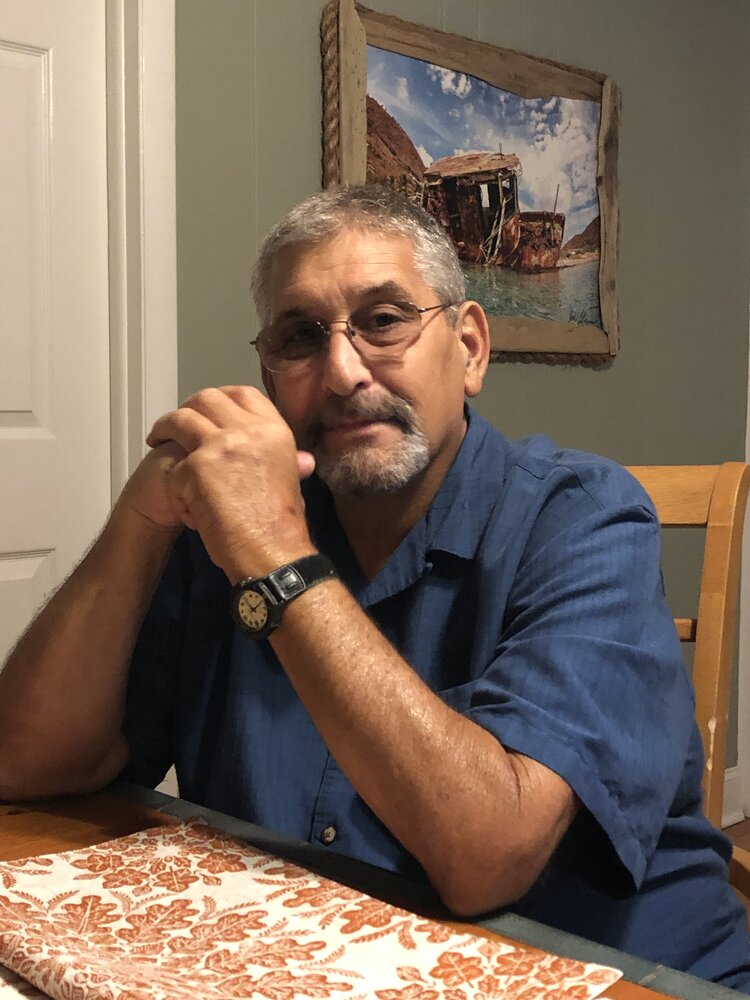 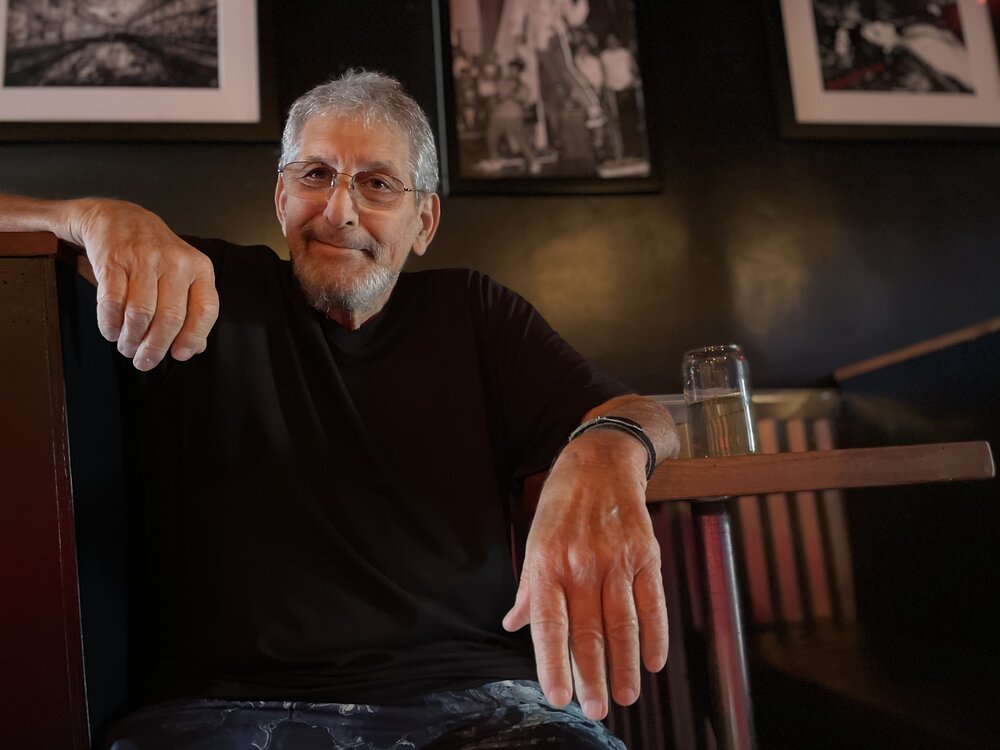 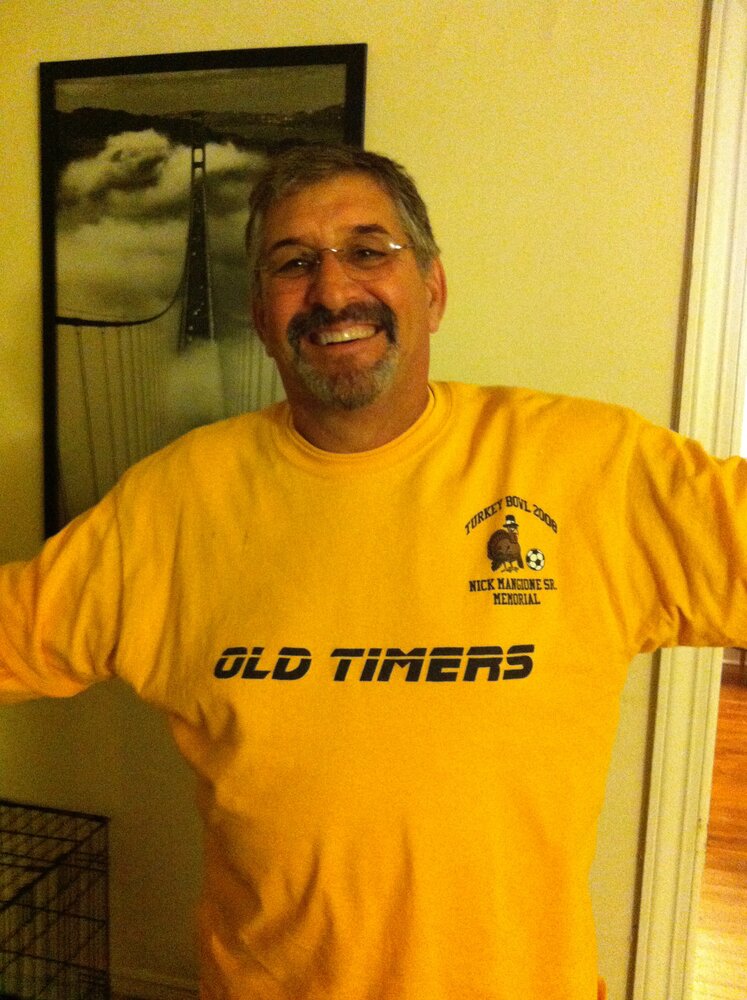 Anthony (Tony, TC, Big Tone) Cimino, born January 16th, 1954, passed away on September 25, 2021 in Satellite Beach, FL at the age of 67. He was born in Aurora, CO at Fitzsimons Army Medical Base to the late Rita Polonesi and Joseph Cimino. He was raised in Baltimore, MD before moving his family to Satellite Beach over 30 years ago. He passed comfortably at home surrounded by loving family and his beloved dogs. Tony’s passing was preceded by his brother Ricky. He is survived by his wife Robin, son Joseph and his wife Susan, daughters Nicole and Ashley, their husbands Stephen and Patrick, respectively, and his grandchildren Ella and Joey.

As a young man, Tony was an accomplished soccer player. He was a member of The Loch Raven Optimists Club, who brought home the first place trophy in the International Sports Ambassadors Soccer Tournament from Ireland in 1972. Tony was an original “Rec Center Guy” and longtime attendee of the annual Thanksgiving Day Turkey Bowl Soccer Classic in Baltimore County. The Turkey Bowl originated as a neighborhood pick-up game around 1969 and blossomed into an annual tradition where generations of pioneering families come together to play, toast, roast, and memorialize their soccer and familial legacies. Tony was introduced to the Turkey Bowl in 1971 and has frequented the game to play as an “Old Timer.” He and his children, their spouses, and two grand kids were privileged to attend the 50th annual Turkey Bowl a few years ago.

Tony and Robin met in 1975 at Perring Racquet Club in Baltimore, MD where Tony was the manager. Robin was watching a tennis match when she and Tony saw each other for the first time. They describe the meeting as love at first sight. They were married in 1977. Their first born, Joseph, arrived one year later. Nicole and Ashley arrived four and twelve years later, respectively.

Shortly after marriage at the age of 23, Tony started his first business called General Improvements and Services focusing on carpentry and masonry. This paved the way to a partnership with Timonium Builders Inc. where he became skilled in custom home building. With his extensive building background in landscaping, custom home, and remodeling work he developed Anthony Cimino Builders Inc., and moved his family and business to Brevard County in 1989. The very first home he built won second place in the Home Builders and Contractors Association Parade of Homes. For many years to follow he won first place in the Parade of Homes as well as many craftsmanship and detail awards. His philosophy was to personally supervise everything on the work site to ensure the highest quality.

In 2004 Tony started Tony Cimino Improvements Inc. (TCI). This was the pride of his career as he was able to take on more personalized and custom renovations throughout the beachside area. He developed many enduring friendships with his clients, colleagues, and subcontractors. His goal was to give every client something exceptional that exceeded their expectations. Over the years his commitment to quality and detail was solidified. Almost all the detail work he did was independent, and he was loyal to his subcontractors for years. The family always joked that Tony “has got a guy” for just about anything. He was always busy and booked out for months. The work he generated with TCI was exclusively from word of mouth referrals. He had no website, no separate business phone number, no advertising, not even a business card. He worked well past the time his body could tolerate the physical demands, and it was extremely difficult for him to retire his talents.

Tony was the quintessential coach, inspiring dozens of kids in the late eighties and early nineties for both beachside rec and all-star travel teams in baseball and soccer. He had a passion for seeing young players have fun and overcome mental hurdles in order to reach their potential. As an exceptionally sentimental coach, Tony was filled with inspirational speeches and an eternal optimism. He had a knack for saying the perfect thing at the just right time to just the right person who needed to hear it in order to persevere through any situation.  Tony was also a fierce competitor who liked to strategize and loved to win. He pushed his players to excel while also keeping things fun. In the early years after coaching Tony received several letters from his players thanking him for the relentless support and encouragement in their early athletic development. And to this day, three decades later, there are several social media posts of his old teams being kept active by frequent comments from his original players expressing their appreciation for Coach Tony, and the unforgettable memories he built with them.

In addition to coaching during the early Satellite Beach years, Tony enjoyed playing tennis as a Desoto Court regular, and eventually a Kiwi Club member when it opened in 2001. He and Robin were members of the Space Coast Tennis League and USTA. He made many long lasting friendships through tennis. He mostly enjoyed playing matches and supporting his friends, although he was known to play the occasional prank on some of his buddies.

In 2005 he learned to sail and affectionately named his sail boat Fu Manchu. He enjoyed being on the water with family and friends, and loved to sleep under the stars out on the Banana River.

As his physical capacity for soccer, tennis, and sailing began to change, he found a new love of watching live music. He described his love of music as if it provided him with a type of spiritual peace and inspiration. He not only loved the art form, he loved coming together with people to share the experience.

While he was immensely skilled, his true legacy was built around the relationships he cultivated throughout the years. From the soccer guys, to his tennis friends, all his wonderful clients, the neighbors he looked after, and the young guys he coached into young men, Tony touched so many lives with his authentic, infectious, and generous personality. He was genuine, loyal, passionate, and sentimental. He had a resiliency of heart and mind that has given strength and inspiration to many.

Tony’s family will miss him beyond comprehension. He was a supportive and protective husband and father. He was a source of strength and comfort for his children. He taught his children a little bit about everything he knew. He was a pillar of support and a lighthouse to help guide his children as they grew up. Their collective successes, work ethic, resiliency, and love for one another are part of the legacy Tony Cimino leaves behind.

A celebration of life will be held at Pelican Beach Park on Friday, October 22nd from 3PM to 7PM. The family would like to honor Tony by telling stories of how he has touched people’s lives. In lieu of flowers please donate in his name to the Special Operations Warrior Foundation at www.specialops.org.

To send flowers to the family or plant a tree in memory of Anthony Cimino, please visit Tribute Store