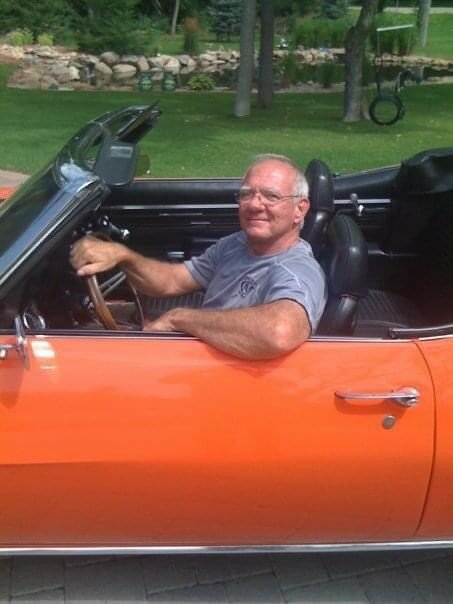 Paul Gary “Butch” Francisco was a man who loved and care about others deeply.  He blessed so many with his love.  He loved his family so deeply and so well.  His wife was blessed by his love for her for over 50 years.  His children were loved from the moment of their birth.  As they grew up, he welcomed and loved their friends. As Jimmy, Jennifer, and Joanne reached adulthood and married, he welcomed and loved their spouses.  His love for the grandchildren was immense and he delighted in every moment with them.  He certainly loved his parents, aunts and uncles, and cousins.  He embraced his nieces and nephews with love.  His friends always knew they were loved.  He loved his work and business as the owner of Francisco’s Auto Body, Inc. and the employees who worked for him..  His passion for cars and Nascar races was epic.  Even in the years as his frontotemporal dementia advanced, he still was capable of loving even when he was no longer capable of speech.  He embraced those who provided his medical care, hugged and danced with the nurses and nursing aides in the nursing home where he ultimately lived the last eight months of his life.   When so many things failed due to his advancing disease, love remained.

Butch contributed greatly to the community of Melbourne where he lived for over 60 years, both as a student at Eau Gallie High School, as a member of Ascension Catholic Church,  during his employment at Kennedy Space Center and as a business owner in Melbourne.  While he may now have departed this life, the legacy of his contributions and the lives he blessed and touched remains.  His kind and gentle spirit lives on.

He is survived by his wife, Diane Jenne Francisco and his children and their spouses:  Son James David “Jimmy” Francisco (Bobbie), and daughters Jennifer Francisco Bugher (Justin) and Joanne Francisco Ferry Hoppesch (Jon) .He is also survived by his grandchildren:  Jayson Ferry, Jack Ferry, Emma Bugher, Grace Bugher, Andrew “AJ” Francisco, Jeff Ferry, Joli Ferry, Addison Bugher, Wesley Bugher, and Caroline Bugher, and his step-grandchildren, Brandon Waine, Sydney Hoppesch, Rachel Waine, Luke Hoppesch, and Camryn Hoppesch.  He is also survived by his mother, Geneva Fore Francisco and brother Tim (Wanda) Francisco. He remained close to his former son-in-law, Mike Ferry and former daughter-in-law, Liz Ferrante Francisco. He was predeceased by his father, Paul Granville Francisco.  He will be greatly missed by all the extended family who have been blessed by his love and his many friends.

In lieu of flowers, the family requests donations to the Association for Frontotemporal Dementia, the Alzheimer’s Foundation or Vitas Hospice.