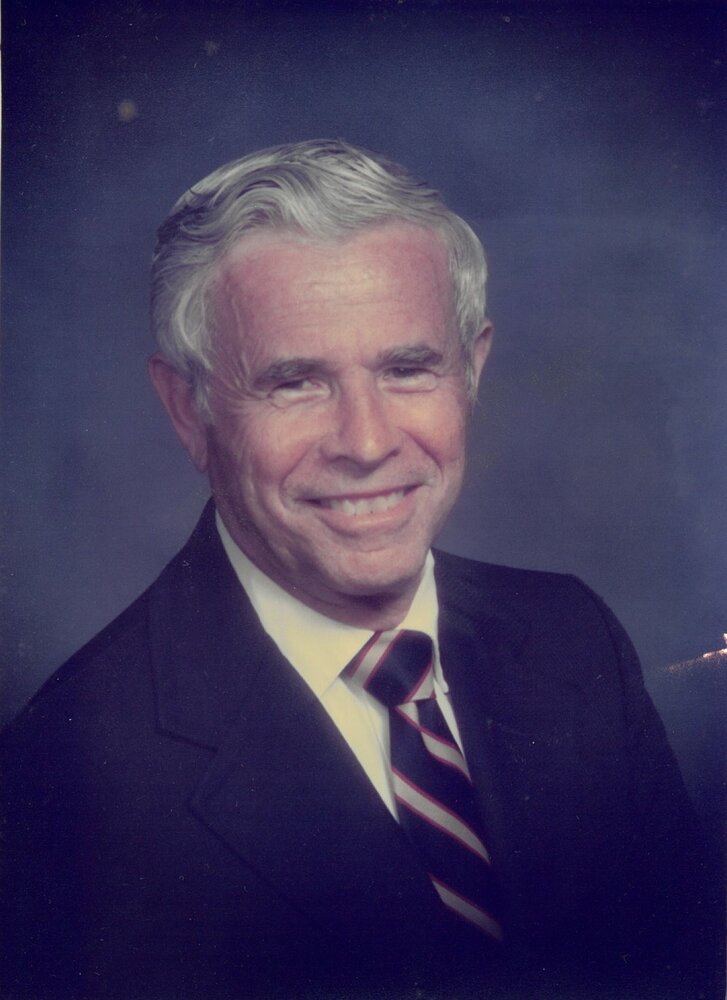 Steve was born on November 30, 1927, in Gadsden, Alabama, to John and Mae Nunnally.  Shortly after his birth, his father moved the family to Barnesville, Georgia to open a successful furniture plant.  He attended high school at Gordon Military Academy in Barnesville, GA where he was valedictorian, thus earning an appointment to West Point Military Academy.  He graduated in the Class of 1949, the first full four year graduating class at West Point.  After graduation, he was then assigned to the Corps of Engineers.

Soon after graduating, he was sent to fight in the Korean War where he served with the 1st Cavalry Division from August 1950 until July 1951.  Although he did not talk very much about his experiences during the Korean War, he did relate that he marched up and down the Korean peninsula in the hottest and coldest places he had ever been.

After Korea, Steve was stationed throughout Europe until he was stationed in Ft. Benning, Georgia, where he met the love of his life Joan Arel.  They were married on May 29, 1957 in Ft. Belvoir, Virginia -  next month would have been their 65th anniversary.

After his marriage, the Army sent him to school at Northwestern University where he obtained his Masters and PhD in Civil Engineering with a minor in Nuclear Engineering.  In 1958, their first son, Stephens, was born in Evanston, Illinois.  In 1961, their only daughter, Janine, was born in Abilene, Texas.  Following the birth of their first two children, he was stationed in Vietnam from 1962-1964.  In 1965, while stationed at Ft. Belvoir, Virginia, they had their third and final child, John.

Following the birth of John, the family moved to Frankfurt, Germany where Steve was the Director of Logistics for the US Army Engineer Command Europe overseeing design, construction, and real estate procurement for a command of 7,000 engineer troops and 14,000 civilian employees, and earned the Legion of Merit for his service (a medal given for exceptionally meritorious conduct in the performance of their service).  In 1969, he was assigned to Patrick Air Force Base to assist with managing the construction of Kennedy Space Center and Patrick Air Force Base.  In 1970, Steve retired from the Army having reached the rank of Lt. Colonel.

After retiring from the service, in 1971, he then taught engineering at the University of Florida.  In 1975, he moved to Raleigh, NC, where he became a full professor and taught engineering at NC State University until his retirement in 1984.  He did not stay retired for long, as he eventually returned to engineering consulting throughout the world as well as teaching at the Florida Institute of Technology.  During his academic career, he authored several textbooks on civil engineering and construction management.  His highly successful textbook, Construction Methods and Management, became one of the principal textbooks used in engineering classes throughout the country for decades.

Those who knew Steve knew that his first love was travel.  He spent most of his later years traveling the world with Joan.  Since he visited more than 100 countries, it was easier to name the countries that he did not visit than the ones he did.

A private family funeral will be held on May 2, 2022, at Cape Canaveral National Cemetery.  A Celebration of Life will be held at a later date.

The family requests in lieu of flowers, gifts in memory of Stephens Nunnally may be made to the West Point Association of Graduates in support of the Class of 1949 Gift Fund. Gifts may be made online at Westpoint or mailed to: In honor/memory of Stephens Nunnally Class of 1949, West Point Association of Graduates, ATTN: Gift Operations, 698 Mills Road, West Point, NY 10996.

To send flowers to the family or plant a tree in memory of Stephens Nunnally, please visit Tribute Store