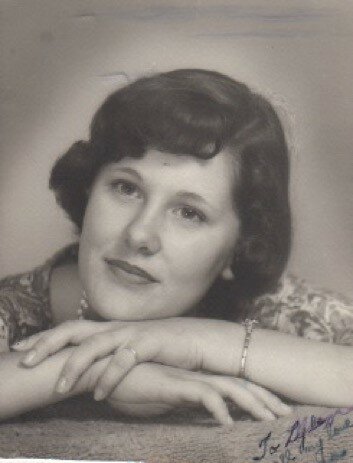 Obituary of Mona B Foster

Mona Beth Foster was born to Cecil Lavonne (Don) Rahm and Electa Elizabeth Rahm on March 11, 1940, in the town of Hooker, Oklahoma.  Mona married her first husband, Lyle Sample, in 1954, and moved to Hoxie, Kansas, where she gave birth to two daughters, Genise Lynne and Janine Beth.  Mona was a young mother, and unfortunately, a very young widow.  Times were hard and so Mona moved in with her brother, Billy Don Rahm and his wife Retta Rae Rahm, in Yuma, Colorado.

Never one to be down for long, Mona went to cosmetology school to learn to be a hairdresser, the first indication of what a quick study she truly was and would be for the rest of her life.  She moved to Colorado Springs, Colorado in 1965 to be near her mother and had her son Randy.  It was in 1967 that she bought her first house in Woodland Park, Colorado and married James P. Foster III , and gained two additional children, Michele Anita and James P. IV.  We weren’t the Brady Bunch, but we were close!

Jim was an officer in the United States Air Force and the family was transferred to Panama City, Florida, Norfolk, Virginia, Washington, D.C. (Woodbridge, Virginia), back to Colorado Springs, Colorado (Woodland Park), and back to Washington, D.C. (Springfield, Virginia).  Along the way, Mona and Jim made wonderful friends, to whom they would remain close for the rest of their lives.  Incredible parents, they both took advantage of whatever recreational opportunities their location afforded them, and raised their children to do the same.   Skiing in the mountains, fishing in the ocean, water skiing, and camping were some of their favorite activities, and both made sure that their children got to try as many adventures as they.

Mona’s adventurous spirit, and willingness to try new things was on display for all of her life.  Being a girl from Oklahoma, she had never downhill skied, but became quite adept at the sport once given the opportunity.  It was the same for waterskiing, though there never was much water on the plains of Oklahoma.  She learned to play tennis at the tender age of 39, and promptly won her first tournament at the age of 40.  Tennis was her true sports passion (her children being her first) and over the next 20 years she would go on to compete on club teams in both Colorado and Florida with great success and even more fun.  She took to tennis, like most everything else she tried, like a duck to water.

Most especially, Mona was a dedicated mom and terrific memaw.  She doted on her children, and made sure that each had what they needed, always, and wanted, most of the time.  Though money was often in short supply, Mona sewed clothes for the girls and made costumes for Halloween for all of the children.  She was a wonderful cook and dinner at the Foster’s was always considered a special invitation.  More importantly though, Mona was always there for her children and grandchildren when they needed her the most.  As with most families, there were difficult times, but all knew that we had the support of a loving mother.  She really loved being a grandmother, too.  Her grandchildren were often welcome long-term visitors and the older among them still tell tales of how much they truly enjoyed their time with Memaw and Papaw.

When Jim passed away in 2014, it left a hole in Mona’s heart that only God could fill.  She began to regularly attend church, first Suntree United Methodist Church and then Eau Gallie Baptist Church.  She made wonderful friends at both and immersed herself in Sunday School and Bible study classes, and volunteered her time and wonderful sewing talents to Lydia Circle and Threads of Love, making quilts and other handcrafted items to be donated to those in need.  It was through church that Mona indeed found peace and purpose to her later years.

To send flowers to the family or plant a tree in memory of Mona Foster, please visit Tribute Store
Print
Thursday
14
April