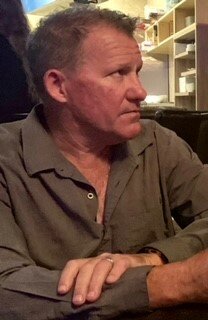 Ed Carlson of Satellite Beach, passed away peacefully on May 1, 2022.

Ed Carlson was born on February 28, 1964 in Clearwater, Florida to David and Nita Carlson.

He has a younger brother Tim Carlson. When he was growing up, Ed had a close relationship with his grandparents. His pop Anderson taught him about cars. His pop Carlson took him fishing. Both were lifelong passions, along with golf.

He worked as a network engineer and spent time out West for work where he met his wife Carol.

They moved back to Palm Harbor to reunite with his son Erik Carlson from a previous marriage. Erik is married to Corey Carlson. Carol and Ed had a child together Ernie Carlson who is now 17 years old

. They moved to Satellite Beach, Florida in 2008 where they planned to live their remaining time together.

To send flowers to the family or plant a tree in memory of Edward Carlson, please visit Tribute Store
Thursday
5
May