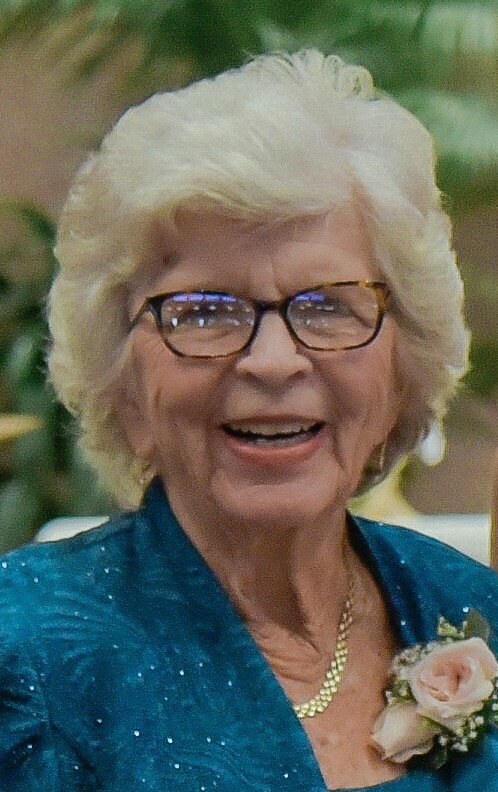 Obituary of Mary A. Nugent

On May 16th, 2022, Mary Alice Nugent, affectionately known as Nana, passed away peacefully at her home in Melbourne Beach, Fl.   A loving mother, devoted wife, caring friend and faithful colleague, Alice lived a wonderful life and was a positive and supportive influence on everyone who was lucky enough to know her.

Alice was born Mary Alice Cassidy in Philadelphia, PA on February 27th, 1928.  The daughter of Irish immigrants, Mary O’Dwyer and James Cassidy, Alice was the eldest of nine children, growing up as a simple country girl in Schwenksville, PA, but having big dreams for her life and future.  An athletic and intelligent teenager, Alice worked hard on her schoolwork and was active in sports and other school activities.  Upon graduation, she was offered the opportunity to attend the prestigious Bryn Mawr College in Bryn Mawr, PA.  She accepted the challenge, and three years later she was the first in her family to graduate from college with a degree in nursing and the title of registered nurse.

It was during her time at Bryn Mawr that she was introduced to her would-be husband Edward James Nugent (Ed).  A dashing young city boy, Ed knew he had found his match in this attractive country girl.  They had an exciting courtship and eventually married on January 7th, 1950.  Ed was an Air Force man, and together with his new bride, they would spend the next 20 years traveling around the United States and the world, while building a family of their own.  In 1953, their first child, Gwen, was born while they were stationed in Texas, and two years later their second daughter Jan, was born during their time in Arizona.  Perhaps content with two children, seven years later, while stationed in Germany, their third and final child, Beth, was born.  Alice truly loved her three daughters, and she was forever a positive and supportive mother.

In 1968, Ed retired from the Air Force and he and Alice decided to begin the second chapter of their life in the growing town of Hollywood, FL.  Finally settled after all the travel, Alice blossomed in their new home and new surroundings.  She got a job as an emergency-room nurse at Memorial Hospital and, in that role, she helped thousands of patients seeking care from runny noses to life-threatening accidents.  She also made the most of her time off, playing tennis and having fun with her many, many friends.  Hollywood allowed Ed and Alice to finally settle down in the warm and sunny State of Florida, which they truly enjoyed.  However, they continued to remain close with all of their extended families in Pennsylvania.  Alice loved all of her siblings, and her large family remained a central part of her life, regardless of where she was located.

Upon Ed’s retirement from the private sector, Ed and Alice decided to move to Melbourne Beach, Fl and be closer to their daughter Jan.  They loved their new home and their new town, and they would spend much of their retirement time visiting with family, enjoying friends, and hosting their grandchildren in their house at the beach.  Unfortunately, eight years into retirement, Ed fell ill with Alzheimer’s and suffered with the disease for an extended period of time.  The long good-bye was trying and difficult for the couple, but as a trained caregiver, Alice stood by her husband and affectionately and faithfully cared for him until his death in 2015.  The time lost together was difficult, but Alice continued to live life to the fullest and remained a central and supportive figure for her family till the end.

Alice was a truly wonderful person; eternally optimistic, the life of the party, warm and friendly to everyone who knew her, caring and supportive of her children, nine grand-children and eight great grandchildren, and a committed adherent to her Catholic faith.  We have all been blessed to have Alice/”Nana” in our lives, and even as we miss her presence, we celebrate her life and the influence she has had on all of us.

To send flowers to the family or plant a tree in memory of Mary Nugent, please visit Tribute Store
Wednesday
25
May