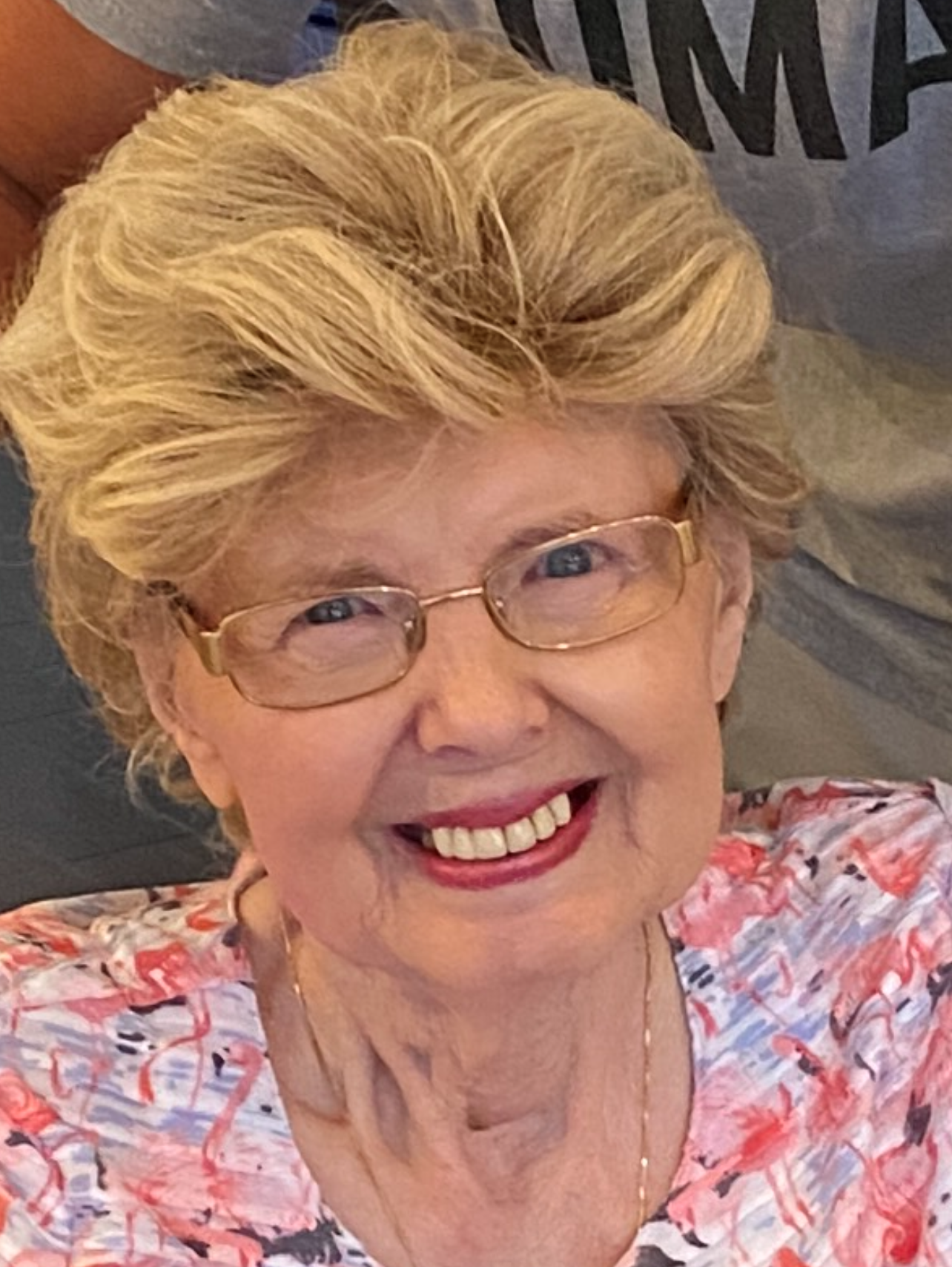 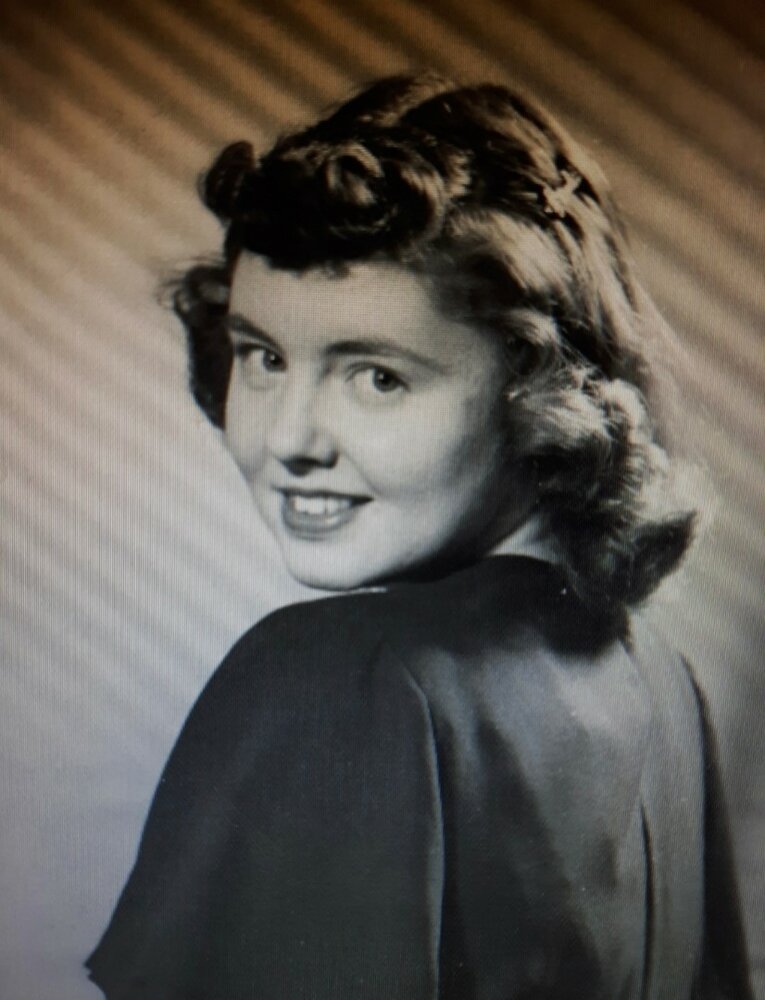 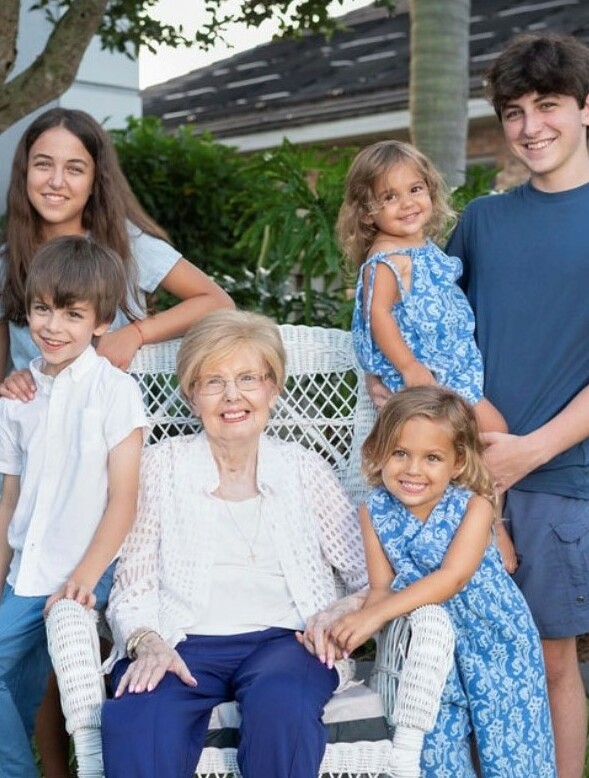 Beverly Jan Suddick  went to her home in heaven on Wednesday, June 22, 2022, surrounded by her four loving children.

Jan was born January 23, 1933 in Omaha, NE, grew up there,  and always considered it her home.  She was the oldest of 3 children born to William and Jeanne Hogarth, and was a loving big sister to her beloved sister Judy and brother Chip.  She graduated from South High School in 1951 and was hired by Mutual of Omaha.

She married Richard Suddick, the love of her life, August 27, 1955.  She worked at Mutual until the birth of her 3rd child in 1959.   She then dedicated her life to being an amazing wife, mother, and homemaker.  She was an unflagging support to her husband as he  finished his education, received his doctorate, and  pursued a career in academic dentistry.  She was a kind, gentle and loving mother to her children and  dedicated herself to making sure they all had a strong Catholic education.  When her husband's career took them to Charleston, SC, Louisville, KY, and finally San Antonio, TX she managed each move with grace and her top priority was always insuring her family's happiness and success.  She made  dear friends and touched many lives in each place they lived with her kind spirit and her beautiful smile.  She amazed everyone with her ability to remember names, so many details about events, all things related to the San Antonio Spurs, and everything about the Kennedy's.  She was an avid reader, an expert bridge player, and loved classic films.  Her favorite pastimes were knitting, crocheting, cross stitching and quilting gifts for her family.  For the last 3 1/2 years she resided with her daughter and son-in-law in Satellite Beach.  It was her greatest joy to be with her family and during those years she delighted in spending time with her children, grandchildren, and great grandchildren.

Jan's husband of 57 years, Dr. Richard Suddick, preceded her in death in October 2012.  She is survived by sons Stephen Suddick of San Antonio, TX, Rick Suddick  of Louisville, KY,  Theresa Bishopp (Bob)  of Charleston, SC and Mary (Matt) Jacobson of Sat. Bch FL; grandchildren Joe Suddick (Autumn), Cameron and Carter Suddick, Justin Jacobson (Ashlee), Shauna Junco (Luis), and Carly Jacobson (Eric Bourassa); great grandchildren Zoltahn, Birdie and Odin Jacobson, James and Anna Suddick, and Clara and Laila Junco.  A Mass dedicated to her was celebrated in her home on June 24, 2022.  A funeral Mass will be held at Holy Name of Jesus Church on July 18, 2022 at 1PM.