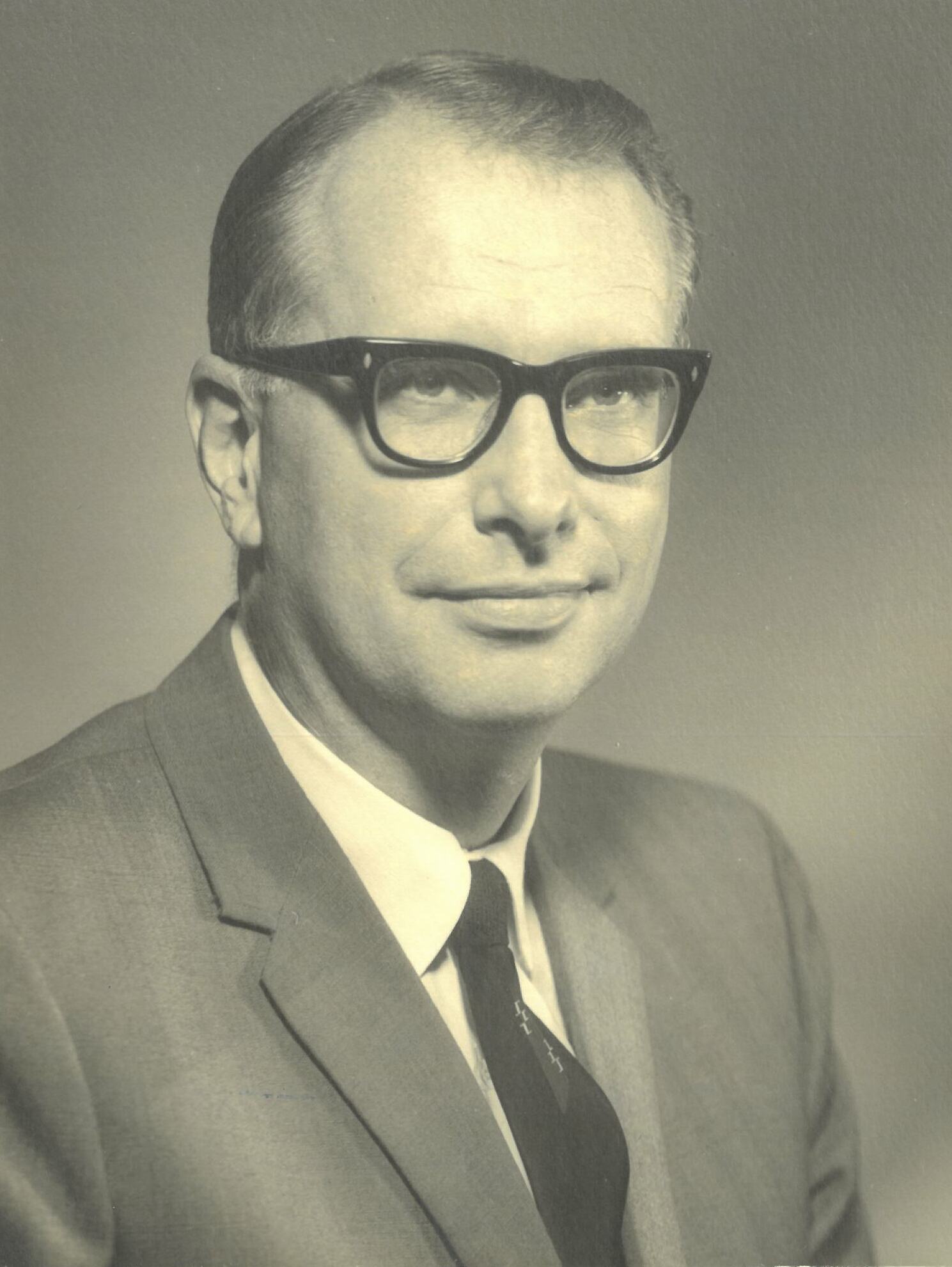 Dick was born August 6, 1928, in Cleveland, OH, to William John Newell and Florence Frauendiener Newell. He transferred from University School to Lakewood High for his senior year, where he was promptly elected captain of the basketball team and led them to the state semifinals. A talented prep hurler, he inked a contract out of high school with Horace Stoneham of the New York Giants, and  pitched a shutout in his first professional outing in the farm system.  In his fifth appearance, a line drive to the shoulder ended his career.

Dick took a degree in structural engineering from Case Institute of Technology in 1950, and later a certification in industrial electrical engineering, before joining the Goodyear Tire and Rubber Company the same year. In Gadsden, AL, he worked on the expansion of the plant there, making it the largest tire production plant in the world. Next came Mexico City, built on the drained lakebed of Lake Texcoco, with attendant subsidence problems.  Still bearing the imprint from Case of Karl Terzaghi’s 1948 classic, Soil Mechanics in Engineering Practice, his dissenting memo to the file saved him when the factory started to sink.

Factory construction projects followed in Amiens, France, and Izmit, Turkey. In 1963, he moved to Chrysler International and Geneva, Switzerland, where he supervised manufacturing operations throughout Europe and the Middle East. A year in Detroit and then three years in Sydney, Australia, were spent pursuing similar duties for Latin America and East Asia respectively.

When Chrysler folded Chrysler International in 1970, he was offered the job of heading up construction of the Big Sky Resort in Montana, on property owned by Chrysler Realty and the newscaster, Chet Huntley.  He declined and instead joined Harris-Intertype in 1970, and moved with Harris to Melbourne in 1974, where he supervised construction of the headquarters, and held various other positions, before retiring from Harris at the end of 1992 as Director of Facilities. To better fulfill his duties as director, he took a real estate license and courses toward certification in appraisal.  At one point he served on a commission investigating contract compliance involving government purchase of Duda property in Viera.

Dick actively sought and valued the professional opinions of subordinates, and returned their commitment with loyalty.

In retirement he devoted himself to golf, tennis, travel, and projects around the house.  When he replaced his roof, there he was, at age 78, on the roof, standing over the roofers and inspecting their work.

Dick was preceded in death by Jean, his wife of 68 years, who passed in 2019.  He is survived by his brother, William, his sister, Susan, and his sons, Robert, of Sydney, Australia, and Richard, of Indialantic.

A visitation information is listed below and there will be a reception afterwards at his home.

To send flowers to the family or plant a tree in memory of Richard Newell, please visit Tribute Store
Friday
15
July