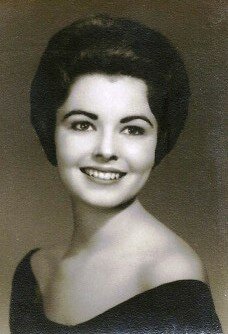 Hope Harlow Coleman passed away peacefully on July7th, 2022, in Indian Harbor Beach, Florida. Throughout her 83 years on this earth, she remained a warm, personable. and compassionate presence who touched the lives of all she met.

She never met a stranger or lost a lifelong friend. Her formative years were spent in Towson, Maryland, where her mother, Faye Wickham Harlow, was an acclaimed teacher of handicapped children, and her father, Earl Vern Harlow, a distinguished Chemical Engineer. Following in her mother’s footsteps after graduating from Penn State University with a double degree in Education, she proceeded to teach needy children for several years in California.

She had met her future husband, Glenn, as a blind date at an Army Navy game during their mutual final college years and they continued their courtship in California before returning east to get married in Towson on September 16th, 1961. They first settled in New London, CT for the start of Glenn’s initial service in the Navy’s Submarine Force. She continued teaching as a Navy wife with the many moves that life entails.  After Glenn’s 10year career in the active Navy ended, moving resumed as demanded by their new life in the Aerospace and Defense Industry. She continued accumulating lifelong friends along the way, retiring to the condo life in Cocoa Beach, FL.

She was God’s special gift to me, as the sunshine of my glad days and the rainbow of my sad days there was always Hope.

Survived by her brother and two nieces in his family, as well as three nephews and a niece from her deceased brother’s family, she is and will continue to be sorely missed.

However, the happy memories of Hope’s exceptional presence is imprinted in all of our lives and will live on, as she made each of us a better person by her example.

In Lieu of Flowers, donations can be made to Brevard Humane Society Or ASPCA