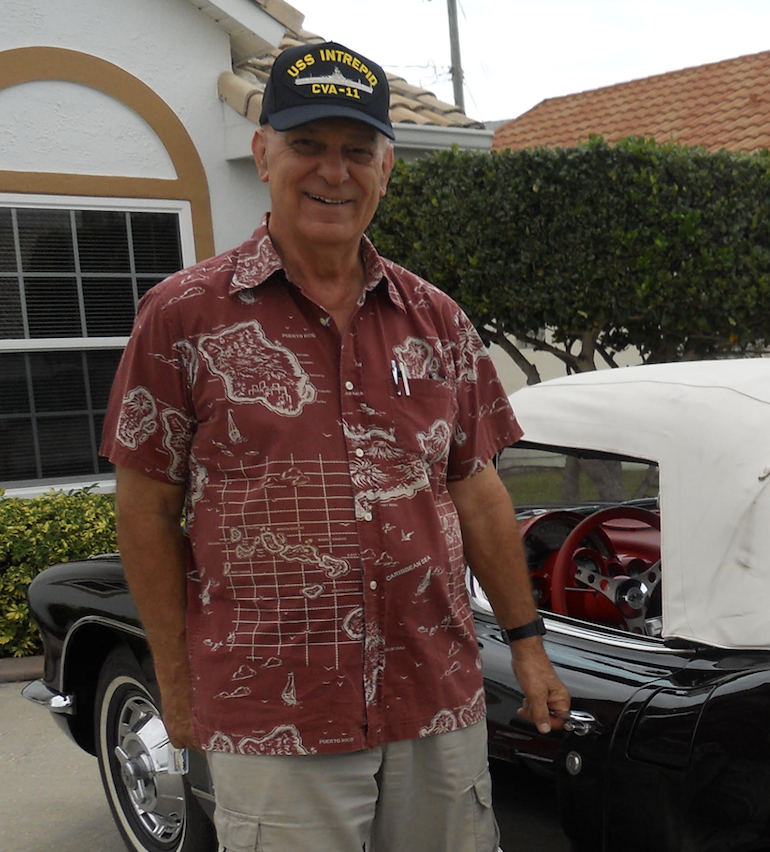 John Hanchak of Satellite Beach Florida passed away peacefully on 15 August 2022 surrounded by his immediate family.  He was originally from Mayfield, PA and married Rebecca Hockin of Jermyn, PA in 1963.

John entered the Navy during which time he specialized in Aviation Electronics and served on the USS Intrepid and at various shore assignments.  When he left the Navy, he attended Penn State University in Scranton and received a degree in Electronics Engineering.  After graduation, he settled in Maryland where he lived for many years.

He worked as a DoD civilian for 39 years and served in many assignments throughout the world, including Turkey, Iran, and Germany.  John had an amazing tenor voice and sang with many renowned choirs.  As a hobby, he enjoyed working on cars and restoring Corvettes from the ground up.

John leaves behind quite the legacy and is loved and survived by his wife, Rebecca Hanchak, and sons, John (Jere) Hanchak of Georgetown, TX and Stephen (Maggie) Hanchak of Charles Town, WV.  He is also survived by his 5 grandchildren:  Anastasia, Roger, Stacie, Brett, and Blake … and his 9 great-grandchildren:  Landon, Olsen, Ensey, Jace, Charlie, Cole, Westley, Troy, and Dahlia as well as his godson John Hockin, Esq.

Funeral services will be held at St Simeon Orthodox Church on 22 August 2022 at 10:30 am and the burial ceremony will be held at Cape Canaveral National Cemetery at 2:30 pm.

In Lieu of Flowers, the Hanchak Family requests that donations be made to:

To send flowers to the family or plant a tree in memory of John Hanchak, please visit Tribute Store
Monday
22
August