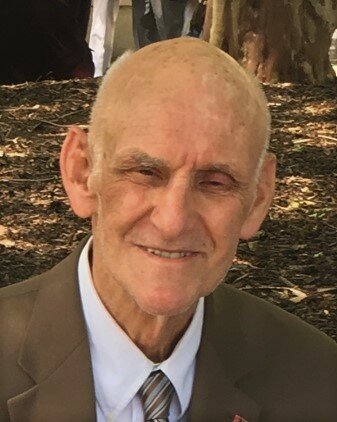 Richard Conrad Orth Jr. lived a long, love-filled, and adventurous life. His friends knew him as Dick Orth. He passed away peacefully in his sleep at 84 years old after a long battle with Alzheimer's on Wednesday, August 31, 2022.

Born in Mineola, New York to Richard C. and Margaret Orth, he fostered a keen interest in mathematics, science, and athletics at Mineola High School. He received a Bachelor of Science in Mechanical Engineering from Princeton University in 1959. While attending Princeton, He met his former wife of 18 years, Marsha Judith Harris. Dick received his Master’s in Mechanical Engineering from Columbia University in 1961and served in the U.S. Army as a Combat Engineer Officer with the 619th Combat Engineer Company, 11th Armored Cavalry Regiment in West Germany.

After his honorable discharge, he served as an Aerospace Engineer for over 40 years specializing in SCRAM Jet propulsion with Johns Hopkins Applied Physics Lab (APL) in Maryland, the American Institute of Aeronautics and Astronautics (AIAA), and the General Applied Science Lab, both in New York. While working for the AIAA Headquarters Office in Manhattan, he met and married his wife and the love of his life of 41 years, Lynn Diane Schewe.  After retiring from the aerospace industry in the mid-1990s, Dick Orth was an educator and instructor with Embry-Riddle Aeronautical University.

Throughout his life, he was an avid athlete, playing football and lacrosse in high school and at Princeton, and developed a love for golf. He was active in assisting Princeton's Alumni Association in recruiting prospective lacrosse players. He was a longtime member of the Princeton Alumni Association and the American Institute of Aeronautics and Astronautics professional Aerospace Engineering Society. He had a rich spiritual life within Trinity Wellsprings Church, loved worshiping the Lord in song with Lynn in the choir, made good friends in his walk with Christ through the Indian River Via De Cristo community and enjoyed jigsaw puzzles, acting, and painting, singing and listening to music. At every meal he ended the prayer with: “ keep us ever mindful of the needs of others” .

Condolences may be sent to beachfuneralhome.com

In leiu of flowers, the family would like you to consider making a donation to Alzheimer's Associatiom or to Disabled Veterans