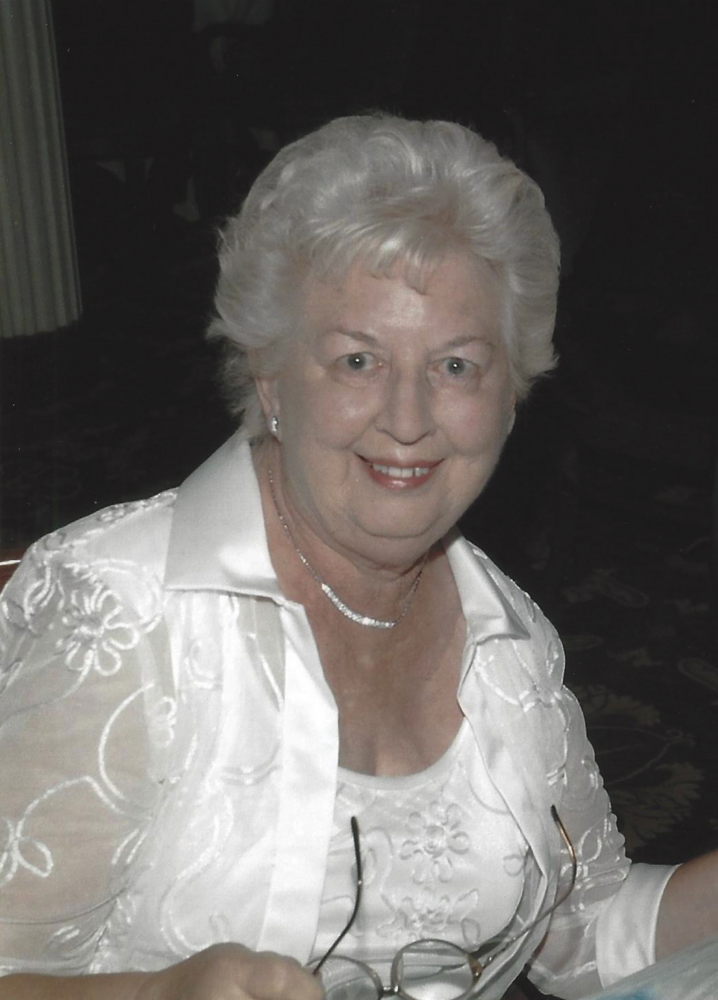 Renee Margaret Bryant was born May 10, 1929 in Glasgow, Scotland to parents Ronald and Elizabeth Wilson.

During WWII, she was separated as a young girl from her parents and sent to Stranraer, just southwest of Glasgow, to be away from the bombings.

She was lifelong friends with Elizabeth Wilkie whom she loved beyond measure and was fondly known by Renee’s family as Aunt Betty.

She enjoyed playing hockey, badminton and was a tennis fiend often playing doubles on the local Scottish courts with friends.

Renee met and married Terry “Ted” Edward Bryant while he was stationed as a Marine at the Holy Loch in Scotland. They welcomed their first child, William (Bill) Terry Bryant, while still living in Scotland.  After relocating to the U.S., they welcomed their second child Shannon Elizabeth seven years later in Florida.

Renee was a Red Cross Volunteer at Holland Elementary School, as well as volunteering in multiple capacities at DeLaura Junior High and Satellite High for both Bill and Shannon. She also gave of her time at the hospital at Patrick Air Force Base.

Her love for the Lord was evident in all she did. Renee could recite chapter and verse of the Bible. She was a founding member of the Ladies Prayer and Share (40 years ago) and often hosted her group that continued to meet until well into her 80’s.  She also taught Sunday School and Catechism and served as an Elder in the church throughout most of her life.

She had the pleasure of Introducing each of her grandchildren (Andrew, John, Paige and Max) to Scotland during summer holidays and sharing with them her beautiful heritage. She also had the joy of welcoming four great-grandchildren (Norah, Liam, Aidan and Maeve).

Renee is further survived by many close friends and family who will miss her dearly.

To send flowers to the family or plant a tree in memory of Renee Bryant, please visit Tribute Store
Friday
7
October