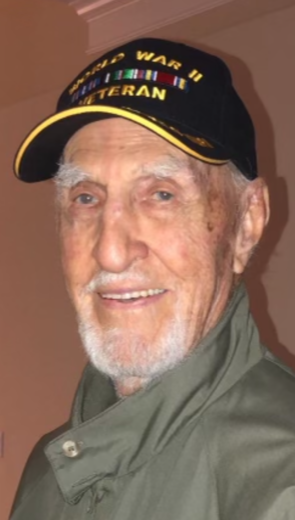 Born in Perth, ND in 1923, Gordon grew up in Racine, WI and attend Washington Park High School, where he was a team member of the 1943 Wisconsin High School Basketball State Championship team.

During World War II, Gordon served with the U.S. Merchant Marines onboard the Liberty ships SS John H. Murphy and SS Richard V. Oulahan, in both the Atlantic and Pacific theaters, and received an Honorable Discharge in August 1945.  After the war, he moved to Miami, FL where he attended and graduated from the University of Miami, earning his Bachelor of Arts degree in June of 1950, and his Juris Doctorate degree in June of 1952.  He was accepted into the Florida Bar in June of 1952 and practiced law for over 40 years, primarily in South Florida.

An avid outdoorsman, Gordon loved saltwater and freshwater fishing as well as hunting, primarily waterfowl and deer. He was also a member of the Shriners, Lions Club International and Tropical Anglers Club, where he served as past President for the later two organizations. Other passions included cooking and reading.

Gordon is survived by his former spouse and friend, Gloria Ramirez Taylor and his sons Gordon Jr., Paul and Tony, and was predeceased by his two daughters Laura and Loretta.  He is also survived by five grandchildren: Kelsey Kotov, Reina Hohener, Gordon Taylor III, Julia Taylor and Alysa Taylor; and two great grandchildren: Emerson and Charlotte Kotov

In lieu of flowers, the family requests that donations be made to the Disabled American Veterans.