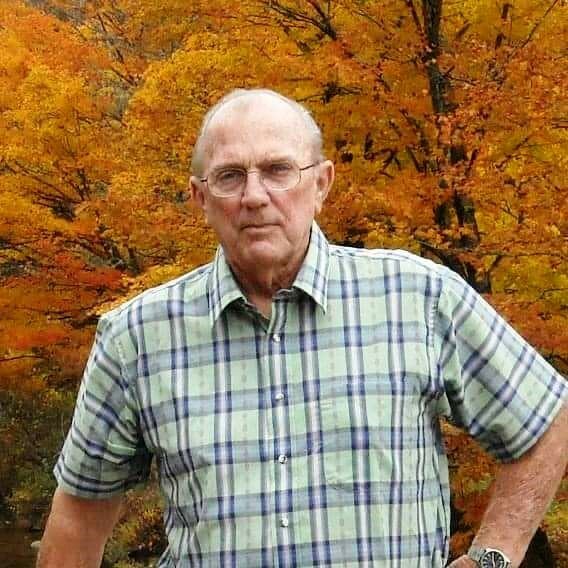 Garry Mitchell Varnes, 84, passed away on October 22, 2022.  He was born October 14, 1938 in Palatka, Florida to Julian and Meriam Varnes and was the second of five children.

After graduation from Melrose High School, Mitchell married Eva Crews with whom he would raise a family and spend the next 64 years.   Shortly after marrying, he embarked on a military career of service retiring after 22 years as a USAF Master Sergeant.  His tours of duty included Alaska, Korea, New Mexico, Washington, D.C. and Eglin Air Force Base where he assisted in the processing and relocation of Vietnamese refugees.   More than half of his military career was spent at Cape Canaveral Air Force Station or Patrick Air Force Base.

Following his retirement from the Air Force, Mitchell embarked on another career with the General Services Administration that spanned more than 25 years at the Kennedy Space Center.  During his military and KSC career, Mitchell was honored with many awards from USAF, NASA and the GSA.

An avid sportsman for most of his life, Mitchell played in adult softball leagues, on bowling teams, competed in and won military horseshoe tournaments and coached Little League Baseball teams.  Fishing was a lifelong passion, and his spare time over the last couple of decades was regularly spent with buddies on area golf courses.

A friendly and humble family man, Mitchell enjoyed nothing more than spending time with his three grandchildren and would drop most any plans to be with them; all too frequently at the Post Road Long Doggers where he enjoyed lunch a few times or more every week.

In addition to his parents, Mitchell was preceded in death by his brothers, James, J.C. and Mark.  He is survived by his wife, Eva; sister, Marilyn Greene; brother-in-law, Doug Crews; son, Mitch (Kathryn); Daughter, Robin Braswell (Clint), many cousins, nieces, and nephews and his three grandchildren, Charlotte, Robert and Tony.

Graveside services with military honors will be held at 11:30 a.m. on Tuesday, December 27 at the Cape Canaveral National Cemetery; 5525 US Highway 1 in Mims.  Guests should arrive at the National Cemetery at least 15 minutes before the set service time in Lane C.

To send flowers to the family or plant a tree in memory of Garry Varnes, please visit Tribute Store
Print
Tuesday
27
December