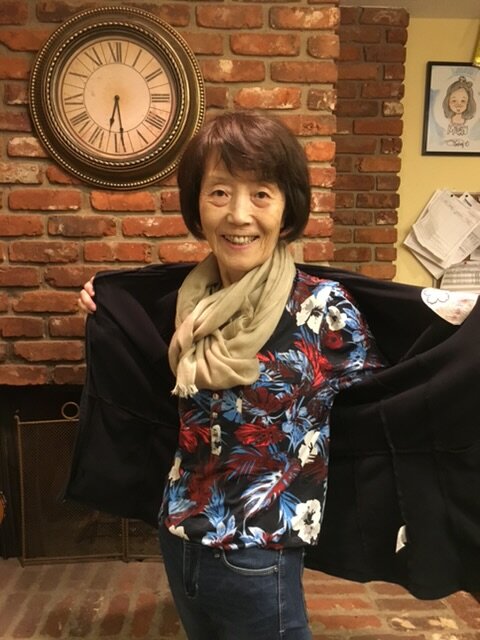 Reiko was born on December 5th1943. She grew up in Aomori in northern Japan. She married John Newpeck in 1970.  The family traveled extensively in the 1970s, having lived in Oklahoma, Iceland, Turkey and California before settling down in Satellite Beach, Florida in 1979.  During this time Reiko began raising her two daughters, Jennifer and Catherine.   In addition to raising her family, Reiko worked in various areas including the bakery departments of Goodings and Publix where she specialized in cake decorating.  She eventually purchased and ran the Tokyo Food Market on Wickham Rd in Melbourne before retiring.  In 1999, Reiko was diagnosed with stomach cancer.  Through some help from family and friends she was able to get into an experimental program at MD Anderson Cancer Center in Houston.  The team of doctors was able to save her life. Though it was very difficult, Reiko fought through the pain and process and was able to live and thrive for many years as a blessing to her family and friends. Reiko enjoyed karaoke parties, Bingo, sewing/knitting/crocheting, Sumo wrestling (only watching it) and spending time with her grandchildren.   During the past two years, Reiko became quite skilled at Nintendo’s Animal Crossing game. She also continued to be an example of bravery, by taste testing her son-in-law Phil’s attempts at baking.  She passed on her secret family Italian sauce recipe to Megan.

Reiko is survived by her daughters Jennifer Cooper and Catherine Sander (Phil) and her grandchildren, Ashley, Amanda, Samantha, Megan and Cory and her 2 great grandchildren Axel and Ryker.