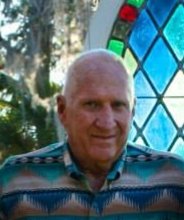 Tommy was born on June 25, 1941 in Panhandle, Texas to Ed and Blanche Luster and later moved to Dos Palos, California where he was raised. His family Heritage was Native American Indian.  Keeping with tradition, his Father gave all members of the family, known as the Bear Clan, Indian names.  Tommy's name was Big Water, he was proud of his Heritage and shared that pride with his children. He grew up on a farm where he quickly learned how to manage what it took to keep the farm going and put food on the family's table. Tommy came to Florida in the late 1960’s. Until he retired, he worked as an Auto  Mechanic all of his life. You would also find him in the local bars ‘back in the day’ like Johnny’s Hideaway and Chatterbox working as a Bouncer.

Tommy enjoyed playing Softball in leagues up until 10 years ago.  He had a love for Vintage Hot Rod Cars and would always look forward to going to the Turkey Run in Daytona Beach every year.  He will always be remembered by his stubbornness and his great story telling ability.

To send flowers to the family or plant a tree in memory of Tommy Luster, please visit Tribute Store

Share Your Memory of
Tommy
Upload Your Memory View All Memories
Be the first to upload a memory!
Share A Memory
Send Flowers