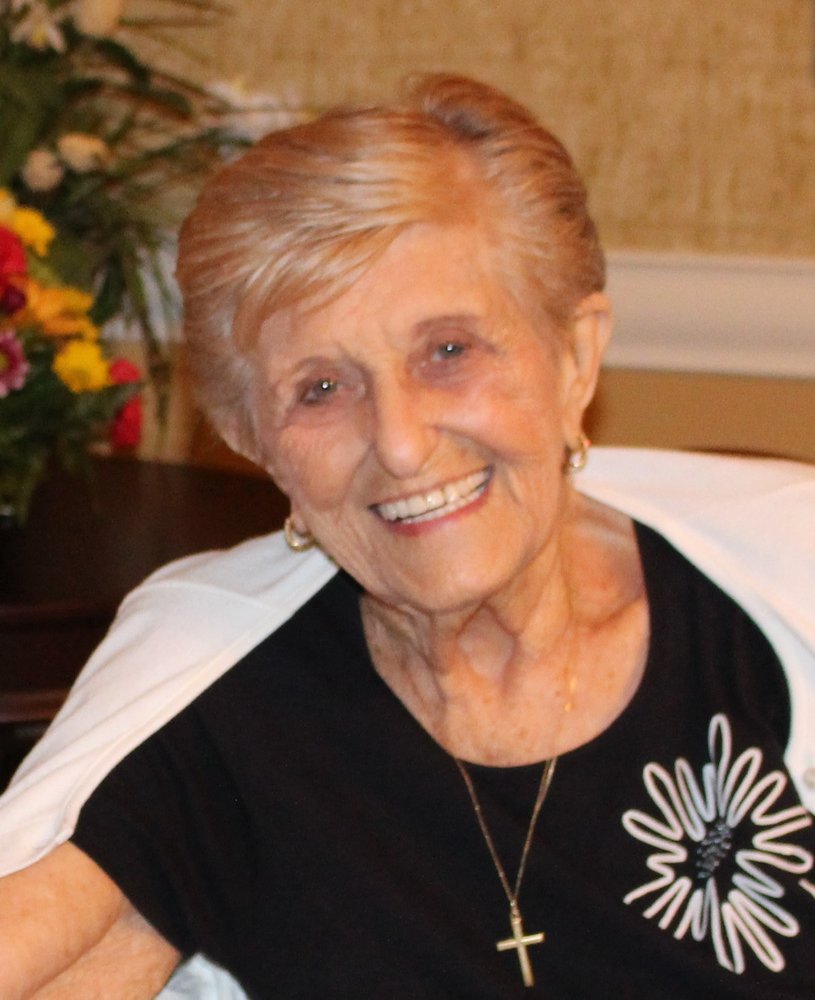 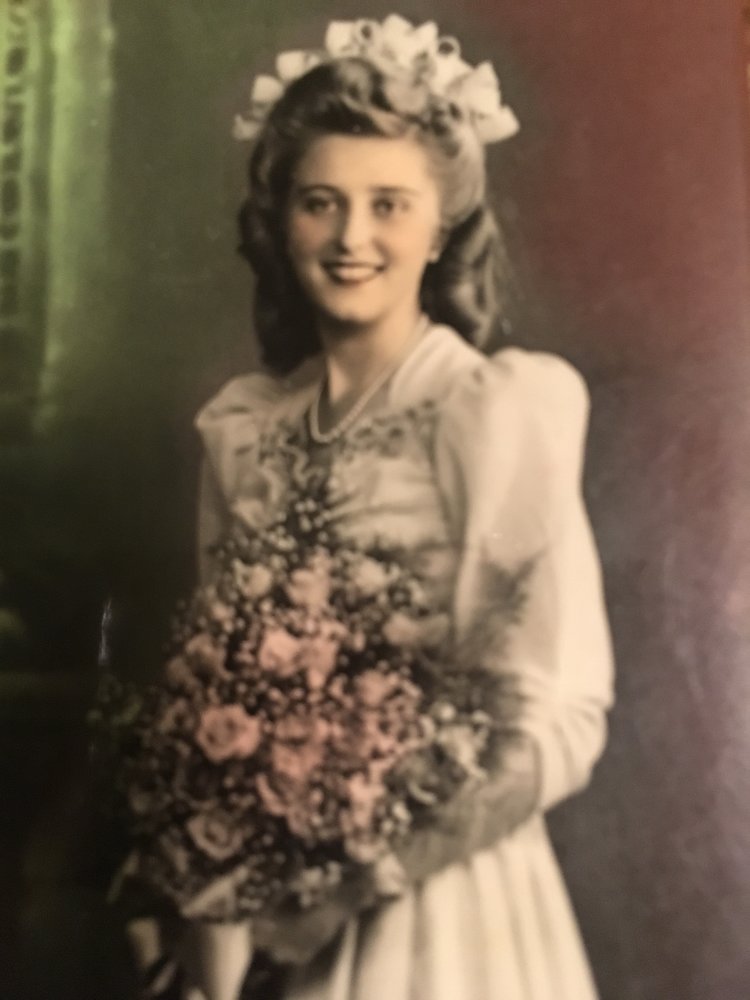 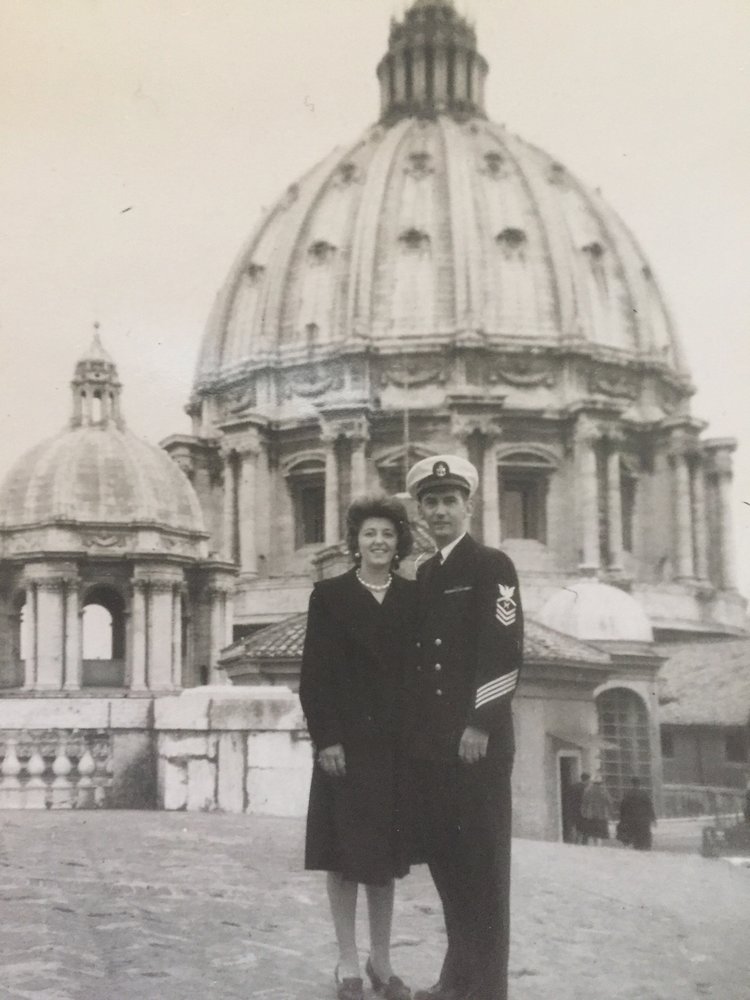 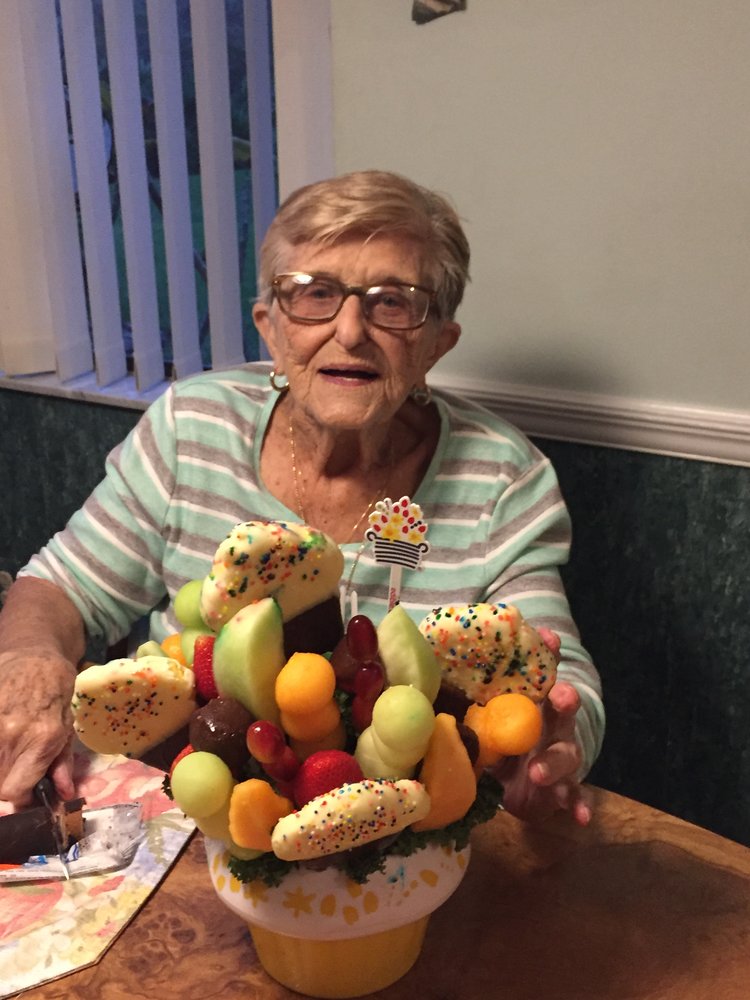 Ruth was born in 1928 in Brooklyn, New York to Mike and Tessie Beley, youngest of three siblings. She graduated high school in Flushing, New York, where her family ran a grocery store. After several years of working as a bookkeeper in the skyscrapers of Manhattan, Ruth married Eugene “Gene” Fedoration on September 3, 1950. They raised two sons and a daughter. The family accompanied Gene when he was in the US Navy and were stationed in Villefrance, France for 3 years. During this time Ruth and her three children traveled throughout Europe to meet Gene at numerous ports of call, vacationing at land locked locations when possible.

Ruth, Gene and family returned to the US and settled in Oxon Hill / Fort Washington, Maryland for 27 years. In their first home, Ruth made friends easily with her neighbors who would become her Bingo group.  The family moved to another home about a mile away where Ruth continued to befriend neighbors while encouraging her children to get involved with activities; driving them to drum practices, golf matches, or cheerleading practice. Even having grown up in the city, Ruth became acclimated to the wilderness ways of Maryland’s Eastern Shore, enjoying fishing, crabbing and cooking the spoils of Gene and the boy’s hunting adventures.

Ruth enjoyed preparing traditional family recipes and sharing holiday meals with family and friends. She was very talented, enjoying making ceramics with her own kiln, crocheting, and crafting Christmas ornaments. Ruth also had a green thumb and could grow a pinch of a plant to a beautiful specimen. This lead her to work as a bookkeeper at Roozen Nursery and Garden Center in Fort Washington, Maryland until Ruth and Gene left to enjoy retirement in Florida.

Ruth and Gene enjoyed traveling in their retirement, going on many cruises with both family and a close group of childhood friends, taking Space Available flights to Europe and visiting her daughter and family living in Africa, Romania and El Salvador.

Ruth had a big heart and was supportive of all her family, providing home care for her elderly mother-in-law, her own mother and most recently in helping raise her two great-grandchildren, who miss her dearly.

Ruth was preceded in death by her husband of 67 years, Eugene, and son, Steven, sister Anna and brother Emil. She is survived by son Thomas and his wife Mary, daughter Linda and her husband Stephen, granddaughters Caitlin, Eileen and Eileen’s husband Arbey, granddaughter Amy and great-grandchildren Chase and Ryan.

The family would like to extend their appreciation to the teams at Melbourne Regional Medical Center for the care and compassion they treated Ruth with during her final days.

In lieu of flowers please consider a dontation to your favorite charity in Ruth's name.

To send flowers to the family or plant a tree in memory of Ruth Fedoration, please visit Tribute Store
Wednesday
14
October