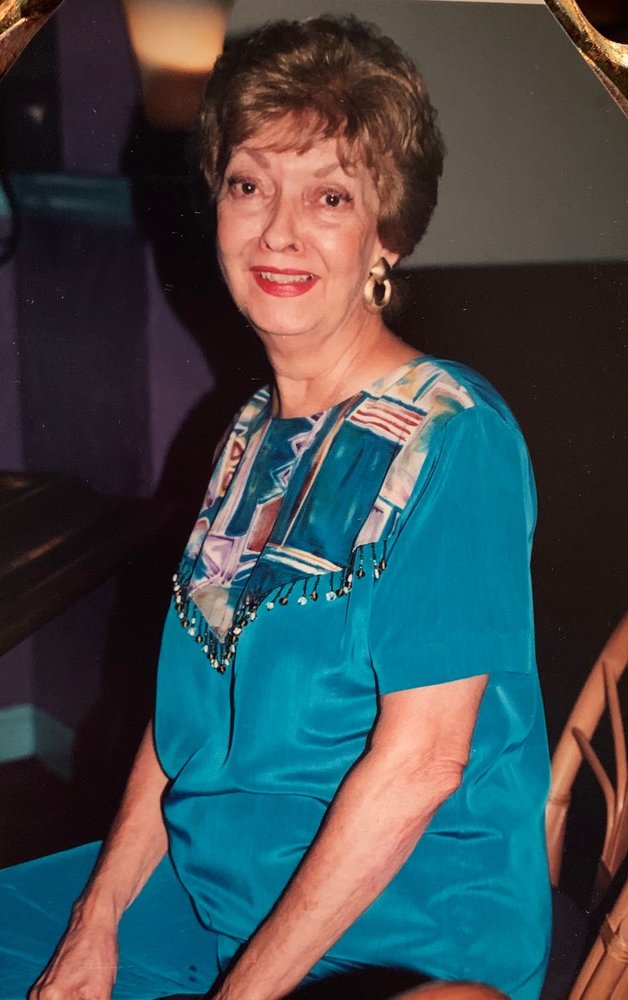 Ernestine (Ernie) Louise Whitter Mahan of Indian Harbour Beach, FL, beloved mother, mother-in-law, grandmother, aunt, and great grandmother passed away peacefully on Thursday, March 11 after a short and unexpected hospitalization. She was surrounded by her children and son-in law. She was 88 years old.

Ernie was born on May 20, 1932 in Atlanta, GA to Sadie and Ernest Whitter. Ernie grew up in Jacksonville, FL. where she was a graduate of Andrew Jackson High School Class of 1949. Following graduation, she was employed by the telephone company.

She married Gary C Mahan on June 17, 1952 and began an amazing 28-year journey around the United States and Europe as an Army officer’s wife. Although uprooted every three years, she created beautiful, comfortable homes for her family in 9 different states and Germany. Among the family’s extensive travels while in Europe, Ernie had the opportunity to take a solo tour behind the then newly constructed Berlin Wall becoming a unique witness to history in the making. Ernie was a guest at the White House and at Mamie Eisenhower’s birthday luncheon during the time of her husband’s post at the Pentagon. When the marriage ended Ernie set about creating a new life for herself.

She was employed in the Medical Records departments at Sierra and Providence Hospitals in El Paso, TX. After a few years she decided it was time to return to her native Florida to live closer to family. There she worked at Harris Corporation where she was employed as an Administrative Assistant. Following retirement in 1999 she followed in her own mother’s footsteps and became an Avon Representative.

After so many years on the move and living such a public life in service to the Army, she valued finally having a home base and a more private life. She was a resident of Indian Harbour Beach, FL for over 32 years where she was now a center of gravity for her family who continued to move and disperse around the globe as she once did herself. She resided at the Rosewood/Harbour Point apartment complex that entire time becoming friend and surrogate parent and grandparent to many over the years. Intelligent, resourceful, and fiercely independent, there was nothing she couldn’t get done if she willed it, and she remained that way to the very end of her days. Says granddaughter Maya, “Grandmom was an absolute force.”

Ernie had a love of animals and nature that was passed down to her children and grandchildren, all of whom have fond memories with her involving turtles, owls, squirrels, the occasional stray cat, and camping in the family Airstream. She taught them to look up and look around in order that they might not miss the wonders surrounding them. Ernie’s unparalleled resilience made her an excellent role model for her grandchildren on how to keep on going even when it didn’t seem possible. Ernie was an accomplished piano player. She also had a beautiful singing voice that lulled three generations to sleep on many occasions. She was a talented seamstress making many of the beautiful ball gowns she wore to various high-level events over the years. She was an outstanding cook and hostess. Her granddaughters report a wicked sense of humor and, despite her elegance sometimes allowed herself some silliness, most notably with a famed “spider walk” that was always sure to draw a laugh.

Due to Covid, no services are planned at this time. A memorial gathering will be arranged later in the year.

In lieu of flowers, donations may be made to the Brevard Zoo or Guiding Eyes for the Blind.

To send flowers to the family or plant a tree in memory of Ernestine Mahan, please visit Tribute Store

Share Your Memory of
Ernestine
Upload Your Memory View All Memories
Be the first to upload a memory!
Share A Memory
Send Flowers