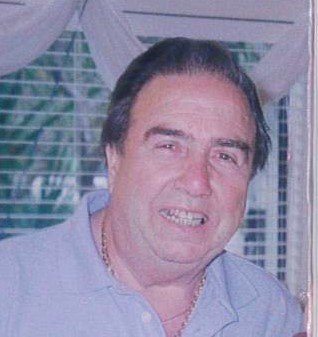 The second to youngest of 11 children, Michael was born February 3rd, 1936 in East Orange, NJ to Italian Immigrants Candido & Mary Iacobacci. Growing up in NE New Jersey, Mike was very proud of his parents, his three brothers, seven sisters and dearly loved his 17 nieces & nephews.

After serving in the US Army, Mike returned home from West Berlin, Germany and married his loving wife Barbara in 1957.  The two moved to Livingston, NJ in 1963 where they raised their five children Michael Iacobacci Jr, Debbie Shinn, Nathan Iacobacci, Laurie Kaplan and the youngest, Mary Lisa who from birth suffered with Rett Syndrome and passed at age 30.

During the 1960’s & early 70’s Mike was a truck driver by day, delivering liquor to stores throughout NYC while working evenings and weekends on his air conditioning business he started in NJ. Mike & Barb moved their family to Melbourne Beach, FL in 1976 and shortly after, the couple along with their two sons, started WEATHER ENGINEERS air conditioning.

With a personality that was larger than life he never met a stranger. Mike Sr. was tough but compassionate; he was funny, he was honest, he was loyal to the end and he loved his family and his friends.

He is preceded in death by his daughter Mary Lisa and granddaughter Corey Angel.

Mike Sr was a parishioner of Holy Name of Jesus Catholic Church on A1A in Indialantic where his Visitation will be on Saturday, July 17th at 11:00a.m. the Funeral Mass will be held at 11:30a.m.

We are deeply touched by the love and support, tributes and memories given to us and ask for continued prayers for Dad and our family.

In lieu of flowers a donation can be made to Rettsyndrome.org

To send flowers to the family or plant a tree in memory of Michael Iacobacci, Sr, please visit Tribute Store
Saturday
17
July