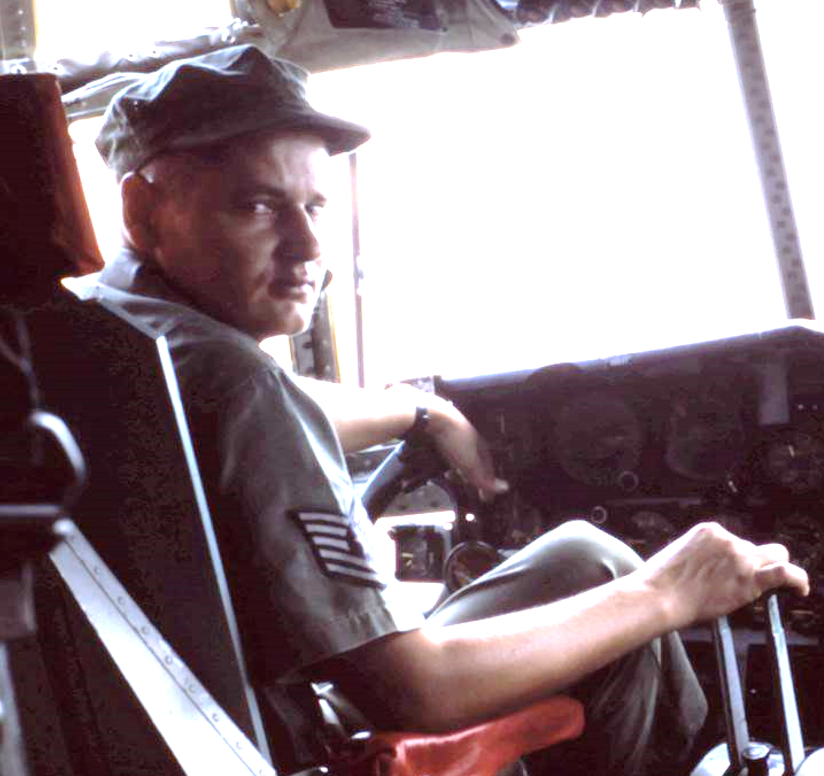 William Carl Blucker was born on March 28, 1933, in Ludington, Michigan in his family home at 305 North Rath Avenue.

Bill entered the Merchant Marines in 1950, sailing Lake Michigan on a railroad coal car ferry, the SS City of Milwaukee.

In 1953, Bill enlisted in the U.S. Air Force and spent over 27 years as an aircraft mechanic, earning many awards and medals. In 1954, Bill married the former Alice Eckstein from Honor Michigan.  They were married 67 years until his passing.

Through numerous state-side and overseas assignments Bill was most proud of his three tours in Vietnam.

After his military retirement in 1980, he also worked as a draftsman and car dealership customer service advocate until his final retirement.

Bill was an avid hunter and fisherman. After retirement he volunteered his time as an Ensign in the Crystal River Coast Guard Auxiliary, Councilman for the City of Palm Shores, President of his Palm Shores home owner’s association and volunteer with the County of Brevard Sherriff’s Office.

Visitation will be held at the Beach Funeral Home at 1689 South Patrick Drive, Indian Harbour Beach, Florida 32937, on August 30th from 3:00pm to 6:00pm.  Services and military honors will be held at the Cape Canaveral National Cemetery and will be scheduled at a later date.  Those who like to make donations in Bill’s name can contribute online to St. Francis Reflections (Hospice) or the Space Coast Honor Flight (Honoring veterans).