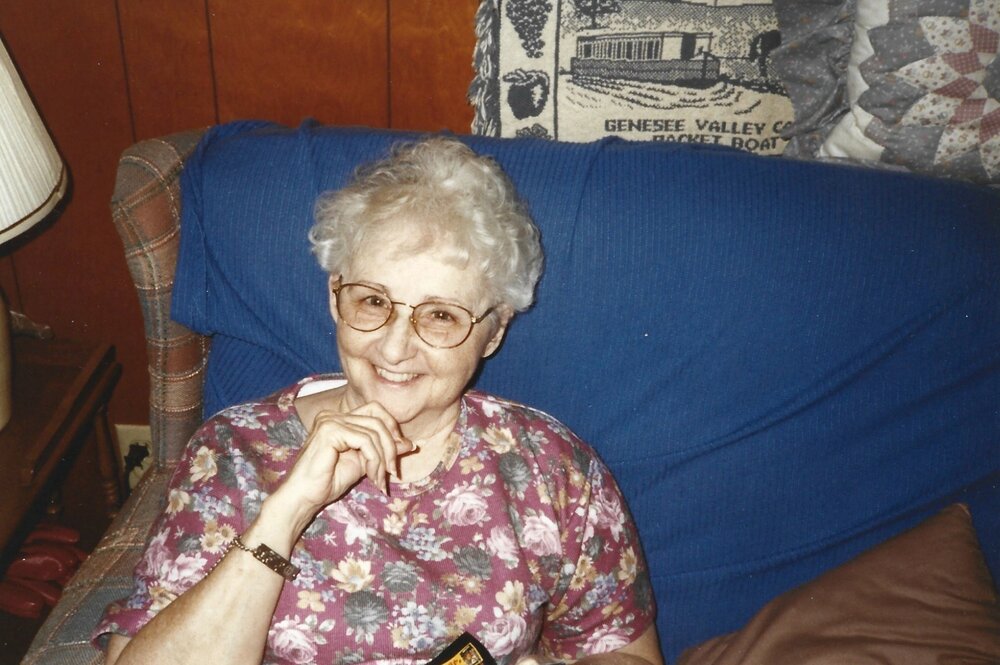 Joyce Morrison Schledorn peacefully went to be with her Lord and Savior Jesus Christ on
August 23, 2021. A Godly woman, she was a beloved wife, mother and grandmother.
She was born May 10, 1926 in Dansville, New York where she later graduated high school.
Business school followed and later a job as a bookkeeper with a construction company near
Buffalo.

Click Here to DonateBack in Dansville, she re-connected with Gene, her family’s former paperboy, fell in love and
was married. A short time later, Gene, a Korean War veteran earned his pharmacy degree in 1958
at the University of Buffalo and the couple immediately moved to Miami with their newborn
son, Mark. Two years later, their daughter Lisa was born and two years after that, they welcomed
another son, John. Throughout their 64 years together, the two remained inseparable and fiercely
devoted to one another.

While living in Miami, Joyce and Gene were members of the First Alliance Church, and upon
moving to Brevard County in 1970, they fellowshipped at Bethany Bible
Chapel By the Sea and later, at Community Bible Church in Palm Bay, where they worshipped
for nearly 40 years.

Joyce’s single greatest vocation was that of a loving wife and as a mother, a role not limited to
her own three children but also to a host of teenagers — especially boys — from throughout the
neighborhood with whom she cheered on the Miami Dolphins and the Chicago Cubs. The doors
to her home were always open to their children’s friends, extended family and many others in
need of a safe haven.

Throughout her life, Joyce expressed her creativity and love for others in many ways. She shared
her eye for fashion — especially shoes — with her granddaughters. In addition, she enjoyed
sewing, knitting and macrame projects and even became proficient in American Sign Language,
generously sharing these gifts with others. But perhaps her most appreciated talent lay in her
homemade Christmas candy, eagerly anticipated by family, neighbors and church friends alike.
At various times in her life, Joyce worked part time as a school secretary and, after her children
were grown, as a receptionist for her best friend’s son at Indialantic Chiropractic & Acupuncture.

She is survived by her sons Mark and John, son-in-law Tom Andrews and three
grandchildren. She was preceded in death by her husband, Eugene, their daughter, Lisa and her
brother, Nelson Jamison.

In lieu of flowers, donations can be made to the Edward M. Poe Hospice Care Center — St.
Francis Lifestage Center in Titusville, FL  Click Here to Donate