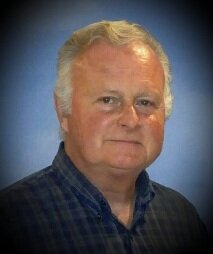 Kenneth Carl Peterson died on August 31st at his home in Melbourne, FL after
courageously battling a devastating GBM brain tumor. Ken was born September 5, 1951
in Poughkeepsie, NY to William O. Peterson and Jean Marie (Woodin) Peterson. He met
the love of his life, Deb Schubin, while both were members of the Arlington, NY Junior
High Chorus, performing together at the 1964 World’s Fair. Although they parted in1970,
Kismet reunited them on October 3, 1982. They married on May 16, 1986 and celebrated
their 35th anniversary earlier this year. In 2011 they joined Director John LaFalce, his
former chorus members and students in the Junior High School Auditorium and joyously
celebrated the 50th Anniversary of the Chorus.

A 1969 graduate of Arlington High School, Ken joined the U. S. Navy in February 1974,
advancing to the rank of Petty Officer First Class as a Hull and Fire Fighting Technician.
His last naval assignment was aboard the USS Ranger (CVA-61) on a cruise from
Alameda, CA to the Western Pacific in the Winter and Spring of 1976.

.
After discharge from the Navy, Ken joined his father at Poughkeepsie’s Western
Publishing Company. In 1988, Ken, Deb and daughter’s Keva and Kiera moved to Kent
Lakes, New York. They were joined there in 1992-93 by their third daughter, Cristina
Porto, an exchange student from Spain. While living in Kent Lakes, he worked for
Polytemp and AMHAC as an HVAC Sales & Design Engineer, retiring in 2005.

Ken was passionate about flying: in October, 1982 he qualified as an Ultra-Light Aircraft
pilot and then in Fixed Wing Aircraft. He delighted in flying his family and friends down
the Hudson River and around the Statue of Liberty. In 2005, he fulfilled a life-long dream
becoming certified as an AirFrames and Powerplants (A&P) Mechanic, with advanced
degrees from Vaughn College of Aeronautics and Technology. Ken took great pride in his
work, volunteering at the Valiant Air Command’s Warbird Museum in Titusville, FL,
working with “Grummies” restoring World War II Aircraft to flight status.

A gifted and skilled artisan with a great sense of humor, Ken enjoyed up-cycling
antique wood and metal objects, turning them into Objects d’Art, many of which are
highly prized by friends and admirers all over the world.

In preparation for retirement, Deb and Ken purchased a winter home in Melbourne, Fl
and a summer home in upstate New York’s Adirondack mountains (Schroon
Lake). A master renovator, he turned a rustic cabin into a warm and cozy lake home.
Ken and Deb’s life-long love of music continued after their retirement. During the
summers, they really enjoyed volunteering at the Schroon Lake Seagle Music Festival.
In Florida, he loved assisting his wife and their many friends in the Platinum Show
Chorus, a chapter of Sweet Adelines International.

Ken’s life of service continues as he has dedicated his body to medical research at the
Central Florida School of Medicine, and has contributed his DNA to on-going research
into the genetic influences on disease.

Ken was predeceased by his parents, and his sister, Jill Peterson West. He is survived by
his wife, Deb and two daughters: Keva Mosher, (Louis Diliberto); Kiera Mosher (Paul
Ansbro); his brothers, Eric (Sandy Guenette) and David (Michelle) Peterson of Escanaba,
MI as well as many nephews, nieces, cousins and several “grandcats!”

A Celebration of Life will be held on Saturday, November 13th at the Valiant Air
Command Warbird Museum. Details to follow.

Memorials/donations may be sent in the name of Ken “Pete” Peterson to:

To send flowers to the family or plant a tree in memory of Kenneth Peterson, please visit Tribute Store