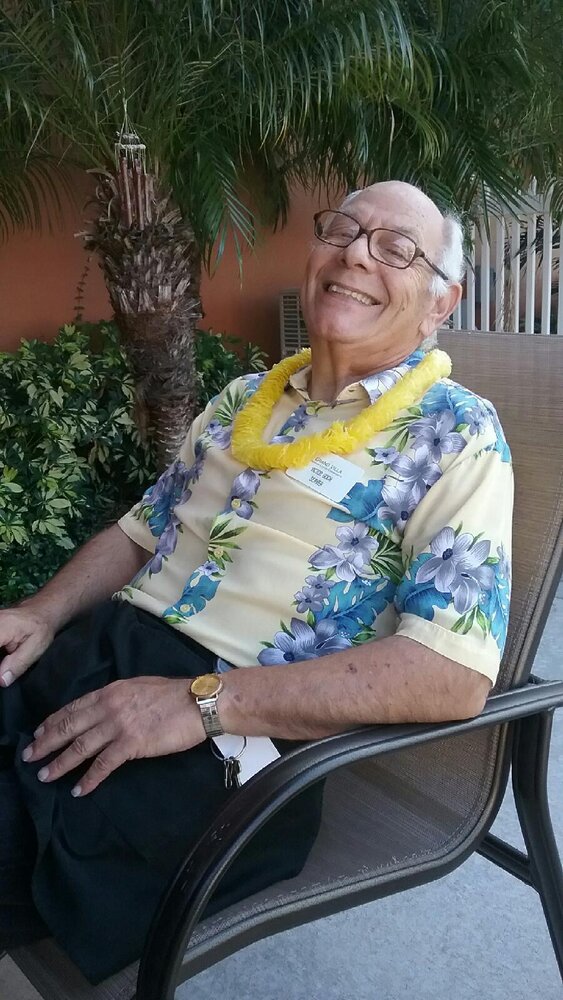 Victor Wayne Goch was born on June 20, 1945 in Chicago, Illinois. On Sunday, January 16th, he passed away peacefully at the age of 76 in Melbourne, Florida.

Victor is survived by his four children: Ron (Susie) Goch, Kim Stallings, Todd (Tracy) Goch, and Nicole “Nikki” (Chuck) Behl; his brother, Alan; his sister, Denise; and his 11 grandchildren. He is also survived by a wide-reaching and large extension of family and friends from all over that meant the world to him.

As a young boy, Victor knew he wanted to live his life on his own terms and he learned very quickly that the key to doing so was being independent. He spent most of his working years serving customers and holding managerial roles in some of Chicago's most popular fast food restaurants. In addition to working in the food industry, Victor also had a real talent for designing floral arrangements. This discovery led him to open his own business - Flowers By Victor Wayne. His business thrived due to his excellent customer service and ability to build strong connections with his employees.

In August of 2015, Victor relocated from Chicago, IL to Melbourne, FL. He continued working throughout his final days at Grand Villa Memory Care where he went out of his way to help the residents cherish their Golden Years. He also created many memories including cooking for and spending time with his loved ones, shopping with his youngest daughter, planting in his garden and keeping a clean and beautifully decorated home.

Victor was the true definition of a giver. He stuck to his life-long commitment of bringing smiles to his family and friends. His home was always the hub for celebrations and events. If you were lucky enough to step into his home during his favorite time of the year, the sounds of Christmas songs and Hallmark movies could be heard. The smell of pasta often filled the house and the dining room table had enough food to serve the entire neighborhood. He always welcomed everyone into his home with open arms. He will be greatly missed.

To honor Victor’s wishes, there will be no funeral service. We invite you to please privately celebrate Victor’s memory in your own way. We know that he will be with us all in spirit. Thank you for your understanding during this difficult time.

To send flowers to the family or plant a tree in memory of Victor Goch, please visit Tribute Store