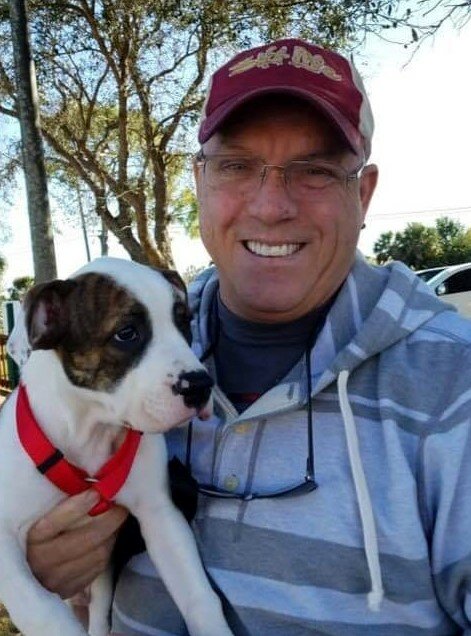 Jerry was born in Melbourne, Florida in 1966. He grew up in Indian Harbour Beach, Florida. After graduating from Satellite High School, Jerry attended Florida State University, and graduated with a Bachelor’s degree.

Jerry had a very successful career with Amerilife and Health Services, where he worked since 1991.

He was the best storyteller ever, and only exaggerated his stories a tiny bit. Okay – maybe a lot (can you say “shark bite”?). He loved to entertain and make people laugh. Through all of his challenges over the years, he kept his sense of humor and his love of life. He would do anything for anybody. Before he passed, he told us that he had lived a very Blessed life.

Jerry also leaves behind numerous friends whose lives he touched, and they touched his.

Please join us after his funeral for a celebration of his life at Pelican Park on Thursday, Sept. 1 at 2:00.

Arrangements for Jerry’s funeral are being made by Beach Funeral Home in Indian Harbour Beach, Florida.

You can leave your condolences and stories at www.beachfuneralhome.com

To send flowers to the family or plant a tree in memory of Gerald Adams, please visit Tribute Store
Thursday
1
September