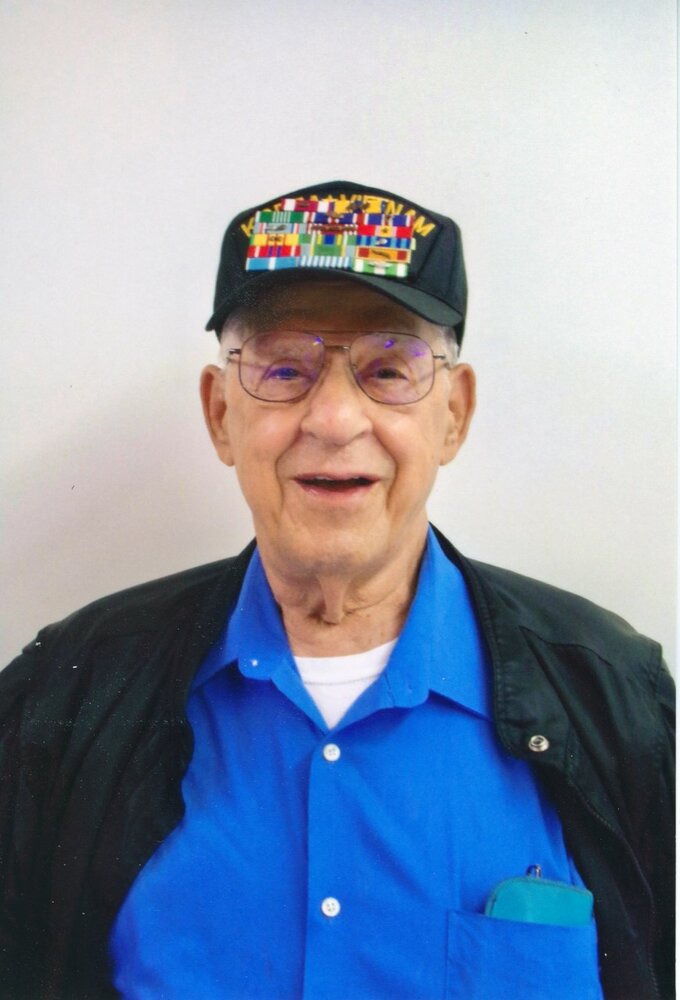 Oliver was born in Providence, Rhode Island on Flag Day, June 14, 1933.  He moved his family to Satellite Beach, Florida in 1980 after his military retirement at Tyndall Air Force Base in Panama City, Florida.  He holds an AA and BS with honors from Rollins College in Florida.

Oliver served with the Air Force for 28 years, 6 ½ of which were served in direct support of combat operations.  His tours included Korea, 2 years in Southeast Asia, 3 in the Ryuku Islands (Okinawa), 3 in Italy with Security Service and several years in Japan where he learned the culture and spoke the Japanese language with relative ease from working with orphans in his off time.  He loved to work with people and was chairman of orphanage committees in Japan and Korea.  He often wondered where those children are now.  After military retirement he served another 15 years in Civil Service at Patrick Air Force Base, Florida with the Space Command, Base Housing and Transportation.

In spite of his many awards and decorations Oliver always felt that his biggest and finest moment was the presentation to him of a Certificate of Appreciation from Eunice Kennedy Shriver for his assistance in helping with the Special Olympics Programs held at Patrick Air Force Base, Florida in the 1980’s.  He and his friend Jim Greene, DDMS at Patrick,  established a computer program to identify the medicinal needs of each special Olympic child in case of emergencies.  He truly loved those kids and their spirit …

Oliver was a member of the Korea Double Five Player and Actors club.  He loved the starring role as Ensign Pulver in the hit play “Mr. Roberts” which the Osan Korea service club toured Korea with.  He also participated in Harvey, Stalag 17, Solid Gold Cadillac, Detective Story, etc.

SMSgt Campanelli had a distinguished and varied career.  One in which he put the good of others before himself and achieved the following:

A newsboy starting at 7 years old until 18, he sold newspapers at the Downtown Providence Bus Station the day the U.S. entered WWII (December 7, 1941) and continued as a newsboy with his two brothers until his entry into the Air Force in 1952.  He served honorably, working with Base Operations for parachute and supply drops via the old Commando C-46 aircraft into Korea and was transferred to the reserve in 1956.  In 1959 he reentered the Air Force with the 46th Air Rescue at Otis AFB, Massachusetts and regained his old ranks in minimum time.  He was again assigned to Osan, Korea in 1960/1961.  He served as NCOIC of the Contract Technical Support Division for GEEIA at Griffiss AFB in NY from 1961 to 1963.  While assigned to Hq GEEIA Campanelli’s sharp shooting helped his team place second in Air Force wide sharpshooter competition in 1962. He and his wife Joan were selected for a Diplomatic Special Assignment to Southeast Asia from 1963 to 1965.  He developed the Ration Control Program and drafted the Entitlement to Base Exchange and Commissaries for the entire country of Thailand.  This was quickly followed by key assignments with Strategic Air Command to Forbes AFB Kansas where he served as NCOIC of a one time SAC/TAC Classified Section and then to the 55th Reconnaissance Wing at Offutt AFB Nebraska.   Hq SAC then selected him to take over the administration for the Strategic Air Command Security Office (SACSO) re command, control, communications, and warning systems and pertinent technologies at L.D. Hanscom Field, Massachusetts.  SAC next assigned him to Kadena Air Base Okinawa as NCOIC of Administration for the Intelligence Division and was heavily involved with functions in direct support of South East Asian Operations.  He was selected as Honor Graduate for the 376th Strategic Wing NCO Leadership School in 1970 and took over as its lone teacher and Commandant.  More importantly, he incorporated his curriculum into a program that is now known and operating as the Pacific Air Forces (PACAF) NCO Academy.  While at Kadena he implemented Project Volunteer and devised a plan and committee that was made standard throughout the 8th Air Force to make the Air Force a better place to live and work.  He worked directly with the Wing Sergeant Major, Billy Carmical and Commander Jack Weyant in making arrangements for the arrival and successful billeting of several hundred personnel on TDY in support of Operation Bullet Shot and Constant Guard for Southeast Asia support.  He was instrumental in the setup and operation of the Kadena Air Base carnival to gain funds to successfully buy and distribute refrigerators, TVs and Ranch Type furniture for the troops in the Dorms.  He was selected as one of the Outstanding Servicemen on Okinawa during 1971/1972.  Oliver attained an A+ Grade upon graduating from the Veteran’s Administration approved Hotel/Motel 50 Volume course during this period.  A self claimed mediocre bowler he always claimed one of his greatest awards was that of being selected as Best Sportsman on the Base Bowling Leagues at Kadena for two years running.  Oliver then went on to the SAC 306th Combat Support Group at McCoy AFB, Florida where he served in many different duties and reluctantly helped close McCoy AFB (now OIA) in Orlando in 1974.  From there it was to a Special Assignment with Security Service at San Vito dei Normanni Air Station in southern Italy.  Here he accepted the monumentous challenge as Chief of Base Housing with many troubled areas and a tremendous lack of housing.  His first action, against all advice, was to rid a program that had families actually sleeping in the base housing office hallways for 24 hours for days so they could be first in line to sign for an off base house when it became available and put it on a first come, first served basis.  It worked great and relieved a lot of pressure for the families.  He was a trouble shooter for the commander at San Vito which included assisting and serving as advisor and taking actions to refine operations at the NCO Club, Special Services and Base Administration in addition to managing a $400,000 annual Temporary Lodging Allowance Program.  Additionally he prepared the Group and Base History Reports for San Vito Air Station and donated his personal time and efforts to get a Navy Federal Credit Union established on base for the troops.

SMSgt Campanelli finished his 28 years of military duty managing Base Administration for Tyndall Air Force Base in Panama City, Florida.

Oliver gave the country another 15 years at Patrick AFB as a civilian and worked in the Patrick AFB Eastern Test Range, Base Housing Office, Quality Assurance Evaluation, Base Personnel, Base Entomology, etc.

His most memorable times were working computer programs with Mr James Greene of DDMS and Captain Patti Rhinehart of Communications, assisting the successful Special Olympic Programs for the Special Kids and Special People held at Patrick.  The Special Kids were super and he loved them all.

He was a Life Member of Disabled Veterans and served as an officer of Veterans of Foreign Wars and the American Legion.  Following his military retirement, he often drove the van carrying disabled veterans to the Orlando VA Clinic and back.  He also served as an usher and counter for the Patrick Air Force Base South Chapel shortly after leaving the military.

Campanelli always said he loved people and loved life and never hurt anyone intentionally unless they were taking unfair advantage of someone else.  He often stated that “If I had to do it all over again, I would not change a thing”.

Oliver leaves his wife Joan and son Richard, brother Martin and sister Anita.  His brother Louis who he was close to passed earlier.

Services are at Beach Funeral Home in Indian Harbour Beach, Florida and Oliver will be buried at Cape Canaveral National Cemetery in Mims, Florida.

To send flowers to the family or plant a tree in memory of Oliver Campanelli, please visit Tribute Store
Wednesday
4
January